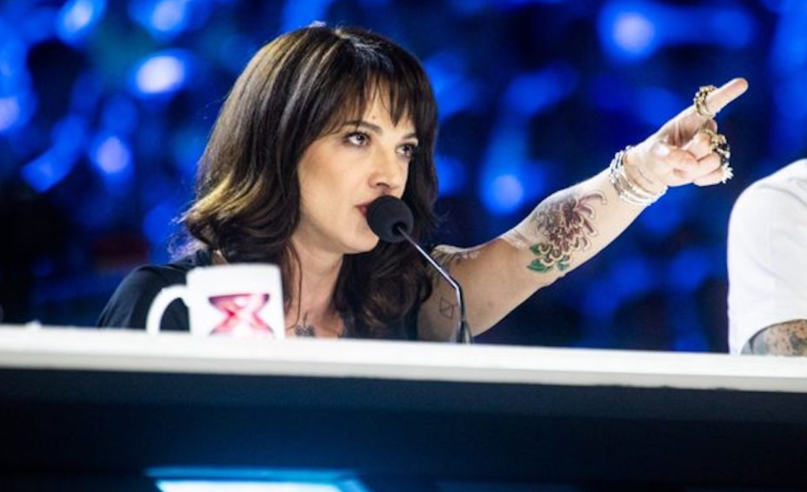 The fallout from the New York Times story alleging  Asia Argento sexually assaulted her former co-star Jimmy Bennett when he was 17 years old continues. Over the weekend, word broke that Argento has been fired from her job as a judge on X Factor Italy.

Bennett claims that just two months after his 17th birthday in 2013, Argento invited him to a Marina del Rey, California hotel room. There, he says, she gave him alcohol and had sexual intercourse with him. The Italian actress and figurehead of the #MeToo movement contends that her late boyfriend, Anthony Bourdain, personally paid a $380,000 settlement to Bennett in order to keep the allegations under warps, but Argento denies ever having sexual relations with the younger actor. However, recently leaked images and text messages purportedly sent between Argento and a friend contradict her story. The two are pictured naked in bed together and Argento appears to admit she had sex with him, though she does put the impetus for the encounter on Bennett.

In light of the accusations, X Factor Italy producers FremantleMedia Italia and Sky Italia have parted ways with Argento. Six already recorded audition episodes featuring Argento in a judge role will still air, according to Sky Italia (via The Hollywood Reporter), in order to respect the efforts made by the 40,000 people who tried out for the singing competition. Replacing her entirely would require the production to start from scratch. When the live shows begin, however, there will be a new judge in Argento’s chair.

Whom that individual will be is expected to be revealed during a Milan press conference on September 5th, the day before X Factor Italy’s 12th season begins. Argento has yet to comment on her firing.

Argento, who is facing potential criminal charges, also recently pulled out of The Netherlands’ Le Guess Who? Festival, for which she had been a co-curator.