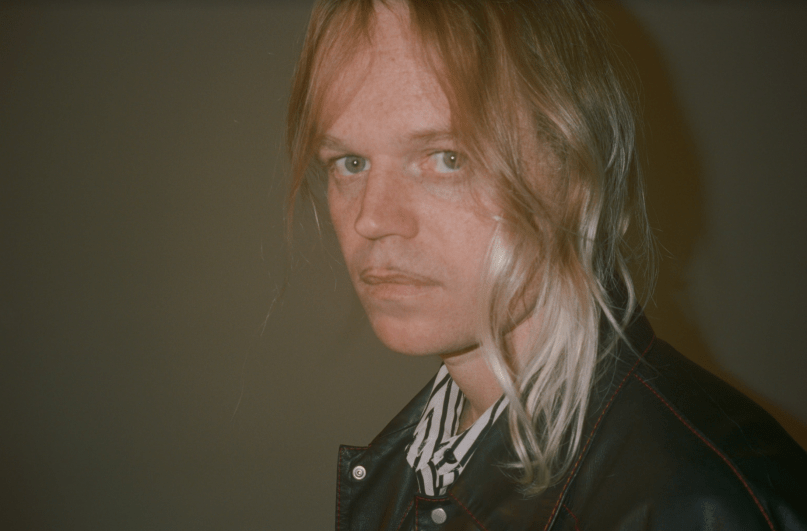 Jassbusters is also a concept album, built around a fictional band of music teachers led by an instructor named Bostyn. In fact, the eight-track effort is designed to be listened to after watching Mockasin’s accompanying five-part melodramatic film about the imaginary musicians, Bostyn ’n Dobsyn. The movie follows Botsyn, played by Mockasin himself, and his prized student, Dobsyn, portrayed by Mockasin’s childhood neighbor Blake Pryor. Taye Digg’s brother Gabriel also makes an appearance.

Both the film and album were created in the summer of 2016, with the former being filmed in Los Angeles and the latter coming together at Paris’ Studios Ferber. As a first taste of both, Mockasin has shared the video for the Jassbusters track “Con Conn Was Impatient”, which features footage from Bostyn ’n Dobsyn. Check it out below.

Pre-orders for Jassbusters are now live. Find the album art and tracklist below.

Mockasin has also announced an international tour called “Connan Mockasin presents Bostyn ’n Dobsyn with Jassbusters”. Set for this fall, you can find the docket below.