A challenging, sometimes frustrating, often rewarding meditation on the boundaries of art 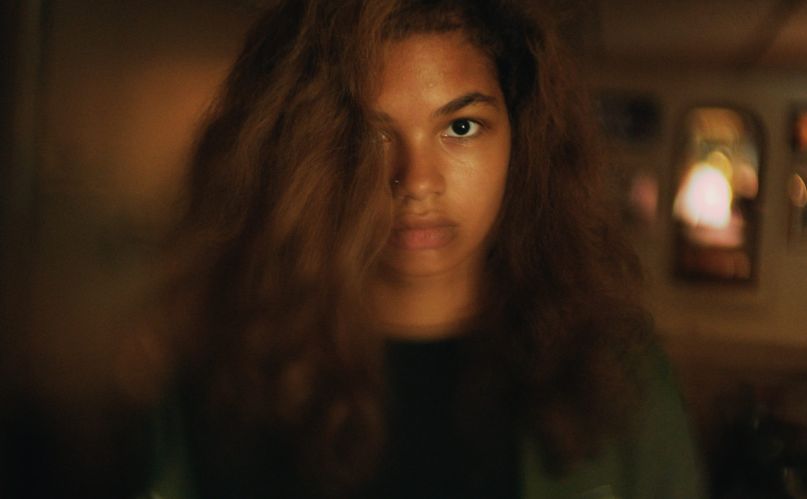 In his lush experimental musical Sunday In The Park With George, Stephen Sondheim has a troubled contemporary artist sing, “The art of making art is putting it together.” Like that musical, Josephine Decker’s new film Madeline’s Madeline is an avant-garde, myopic, sometimes brilliant, occasionally frustrating exploration of the creative process and the human cost of artistic expression. Is the point of art to provide emotional catharsis? If so, are there ways to tell cathartic stories that don’t fundamentally exploit those stories in the process? Who do collaborative works of art belong to, and should that matter to the audience consuming them? Decker has an obsessive interest in raising those questions, in ways that are alternately mesmerizing and deliberately off-putting.

Madeline’s Madeline is an insular, challenging film that will very much not appeal to everyone. (A dreamlike opening scene in which a teenager pretends to be a cat, while her mother plays along and strokes her belly, serves as an immediate tonal litmus test for the audience.) It does eventually settle into a more recognizable narrative structure, although only to a certain extent; the film continually blurs the line between fantasy and reality, particularly in its highly theatrical climax. Cinematographer Ashley Connor shoots in hazy, ever-shifting close-ups, and the film’s immersive soundscape often clashes with what’s happening onscreen. It’s not clear if certain moments are dreams or memories or something else entirely. Mental illness is a recurring theme, although to what extent it’s actually a factor in these characters’ lives is unclear. In the world of Madeline’s Madeline, it’s hard to tell the difference between normal teenage angst and something much darker; between maternal protection and unhealthy projection; between mentorship and manipulation.

The film centers on a mercurial New York teenager named Madeline (radiant newcomer Helena Howard). To escape an unhappy school life and gain experience for a future college theater program (she’s applied to several prestigious ones), Madeline is working with a small experimental theater company run by Evangeline (Deadwood star and Carrie Coon lookalike Molly Parker). Madeline initially starts out as the kid sister of the group, and finds a safe haven in its miming games, breathing exercises, and animal studies. But as both her talents and her tumultuous past become more apparent, Evangeline winds up scrapping much of her original vision to build the group’s immersive theater project around Madeline. Questions soon arise about whether Evangeline is uplifting Madeline’s story, or cannibalizing it.

The film’s plot mirrors its origin story: Decker discovered Howard at a teen performing arts competition, and invited her to be part of a collective of actors working together to shape Decker’s next film. (Decker has previously written and directed two other experimental indies, Butter on the Latch and Wast Mild and Lovely.) As Howard increasingly became the focus of those workshops, the rest of the collective started to raise questions about the ethical line between art and exploitation. Decker then took those conversations and used them as the inspiration for Madeline’s Madeline’s screenplay. The film is meta, but far more so for its cast than for its audience. The real-life participants of Decker’s workshops portray Madeline’s Madeline’s increasingly conflicted theatrical troupe, and Evangeline is an introspective exploration of Decker’s worst impulses.

Madeline’s Madeline complicates its titular character’s story even further by giving her a complex home life as well. Madeline is drawn to Evangeline largely because she represents a stark contrast with Madeline’s mother Regina (Miranda July). Where Evangeline is confident, empathetic, and free-spirited, Regina is anxious, awkward, and overprotective — potentially to an unhealthy degree. In their own ways, both women seek to control Madeline’s life and her choices, although it’s left up to the audience to decide how villainous their actions are and how harshly they should be condemned for them. That both women are white while Madeline is biracial adds yet another, largely unspoken, layer to the film’s exploration of identity, exploitation, and who gets to tell which stories.

Yet Decker ensures that Madeline herself is also a complex, flawed figure, and not just a pawn tossed between Regina and Evangeline. In addition to normal teenage petulance and boundary-pushing, Madeline is also prone to more aggressive provocations and sometimes even acts of violence. She’s a raw nerve, which often spells trouble for her personal life but makes her a phenomenal actor. She can tap into her emotions as easily as turning on a faucet, and shut them off just as quickly. That’s equally true for Howard herself, who serves as the bushy-haired, beating heart of the film. Howard throws herself into the film’s central role with a fascinating mixture of carefree abandon and careful precision. Her unstudied performance calls to mind the early work of so many Hollywood method actors, and she’s definitely a young talent to watch in the future.

The tone of Madeline’s Madeline is a quivering violin high note sustained for an hour and a half, although Decker occasionally layers melodies atop that core of tension. The film is at times winkingly referential about the self-seriousness of theater, but equally effective at conveying the familial sensation of being part of a theater troupe. But despite those moments of warmth, Madeline’s Madeline is never an easy watch. Like a lot of real-life immersive theater, the film is more of an experiment and an experience than a narrative story; don’t expect its vignette-like scenes to come together as anything more than an abstract tableau of the quiet battle for one young woman’s soul. In its opening moments, Madeline’s Madeline invites viewers to read it as a metaphor, and that can often make the film feel like it’s slipping through your fingers as you struggle to hold onto it.

Whether or not the film fully lands will come down to how much you’re willing to give yourself over to its theatrical world. Like the immersive artform it’s examining, Madeline’s Madeline is frequently truthful and sometimes indulgent. Yet in a long history of art about art that focuses on the forces of toxic masculinity, Madeline’s Madeline is the rare film that examines toxic femininity with the same nuance.