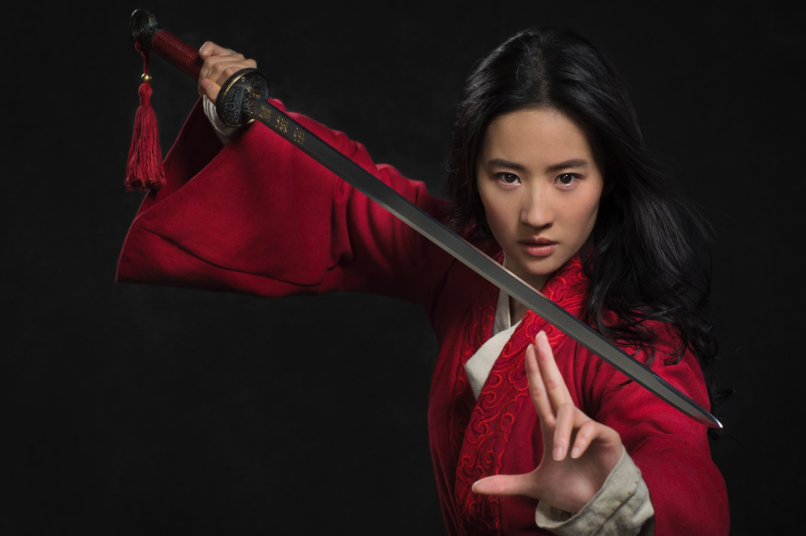 Production has officially begun on Disney’s live-action remake of the 1998 new-classic Mulan. To coincide with its start, the studio has shared the first look at star Lui Yifei as the title character.

Director Niki Caro undertook a massive search to find her lead before landing on Yifei, the 30-year-old Chinese action star who’s had roles in Jackie Chan and Jet Li’s The Forbidden Kingdom, 2012’s The Assassins, and other films. Li also has a role in Mulan, playing the Emperor who orders the conscription of one male from every household as he mobilizes for war. Instead of allowing her elderly father to be forced into war, Mulan disguises herself as a man and enlists in his stead.

While that main plot from the original cartoon will remain intact, it seems much of the story has been changed. For example, Xana Tang plays Mulan’s sister and Gong Li takes on the role of a witch who serves as the main villain, though neither character appeared in the 1998 movie. Other cast members include Donnie Yen as Mulan’s mentor Commander Tung, Jason Scott Lee as a villainous warrior named Bori Khan, Yoson An as Mulan’s love interest Chen Honghui, and Utkarsh Ambudkar and Chum Ehelepola as a pair of con artists respectively named Ramrish and Skath.

Another potential change is that we’re still not sure if Disney intends to make this a musical like their other recent remakes. That would be a complete shame, as Mulan was one of the studio’s last true animated musicals and featured some of their best later-stage numbers (go ahead and act like you don’t still know “I’ll Make a Man Out of You”).

We do, however, known when Mulan will hit theaters, as a March 27th, 2020 release date has also been revealed. Find Disney’s announcement tweet below.