"I wanted to...bring out the pop side of the band that is always underlying in their music" 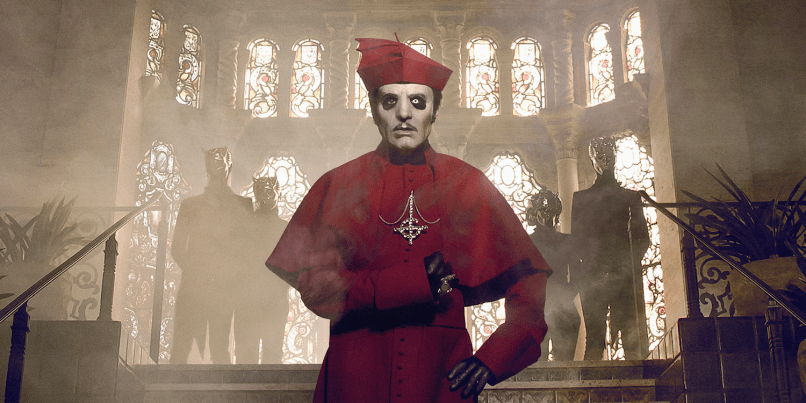 While fans debate whether Ghost are metal or not, there’s nothing metal about a new remix of the Swedish band’s “Dance Macabre” by synthwave artist Carpenter Brut, who turns the song into a bonafide disco track.

Ghost frontman Tobias Forge, also known these days as Cardinal Copia, is a big fan of Carpenter Brut, inviting him to open for Ghost a couple years ago. When the opportunity came to remix “Dance Macabre”, Carpenter Brut was Forge’s first choice, and the synthwave artist was immediately on board.

“I’ve been a big fan of Ghost since their beginning,” said Carpenter Brut in a press release, “and when I had the opportunity to open for the band in 2016, I was super excited. Last April, I received an email from Tobias himself asking if I would remix ‘Dance Macabre,’ and of course I accepted.  I wanted to bring a funky and disco touch, not just confine myself to the pure synthwave style that would have been expected, but to make this remix a disco rock song and bring out the pop side of the band that is always underlying in their music.”

“Dance Macabre” appears on Ghost’s latest album, Prequelle, which has landed on Heavy Consequence‘s list of the Best Metal Albums of 2018 So Far. Ghost will support the disc with a headlining fall 2018 U.S. tour. See the full list of dates here.