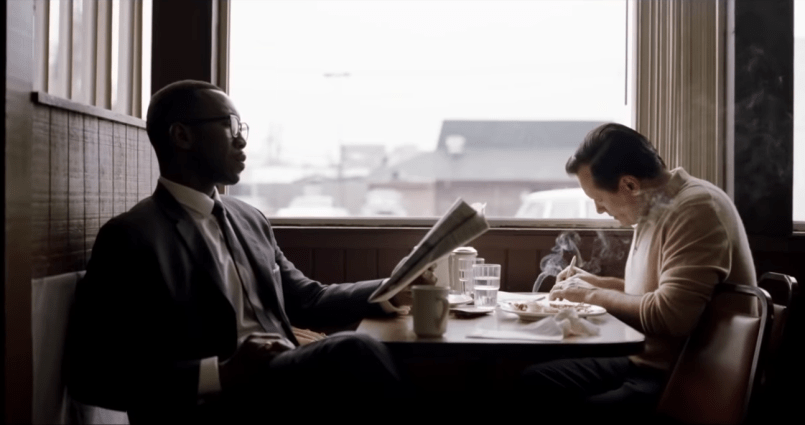 Trailer for the Green Book

After helming a few high-profile duds in The Three Stooges and Dumb and Dumber To, director Peter Farrelly is back with what looks like his most promising feature in years. Green Book, the real-life story of an unlikely friendship that formed in the Deep South in 1962, stars Oscar darlings Mahershala Ali and Viggo Mortensen. It also just received its first trailer, which promises a charming, funny story laced with its own undercurrent of despair.

Mortensen plays an Italian-American driver named Tony Lip, who’s hired to drive famous pianist Don Shirley to a number of gigs in a part of America that, at the time, wasn’t all too kind to the non-white. The culture clash is insurmountable at first, but the story follows their eventual bond and the growth that emerged from it. The title, says EW, who premiered the trailer, refers to the guides black travelers used to navigate the segregated country of a pre-civil rights era.

“Green Book was a project that I kept thinking about after I had read it,” Ali told EW. “If you look at these two archetypes [in films], it’s so often the black guy is serving as some sort of grounding force and reality check who’s coming from a low-income or working class environment, for the wealthier, more affluent character… I really responded to the fact that it was flipped on its head the way that it was, and the fact that it was based on a real relationship.”

Green Book arrives on November 21st, though it will premiere next month at the Toronto International Film Festival.