The gang (minus Dennis) comes back to FXX September 5 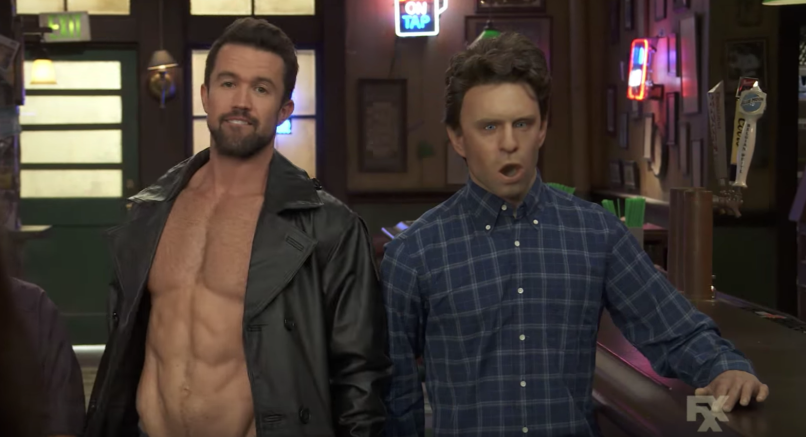 Not many shows can survive the loss of one of their major characters. For Mac, Sweet Dee, and the rest of the Gang from FXX’s long-running sitcom It’s Always Sunny in Philadelphia, it’s just another day at Paddy’s Pub.

Next month, the Gang returns to TV screens for a 13th season filled with more misanthropy than you can shake a rat stick at. FXX has today dropped a trailer to give us a taste of what a largely Dennis-less season will look like. Granted, Rob McElhenney stated earlier this month that Glenn Howerton will, in fact, appear in a “majority” of this season’s episodes, but the trailer certainly seems committed to the idea that everyone’s favorite sociopath is gone for good.

Amongst the glimpses of debauchery and mayhem we get in the trailer, we see a despondent Mac get a sex doll to find something “Dennis-shaped to fill [his] hole,” Charlie bust through an apartment door in full Kramer garb, and the return of beloved guest characters like Artemis, the Waitress, and Rickety Cricket. Mindy Kaling also pops up, confirming the guest spot she hinted at back in June. Despite the cast shakeup Howerton’s departure has (seemingly) created, the Gang seem to be leaping into their latest season without missing a step.

It’s Always Sunny in Philadelphia returns to FXX on September 5th. Watch the trailer below.