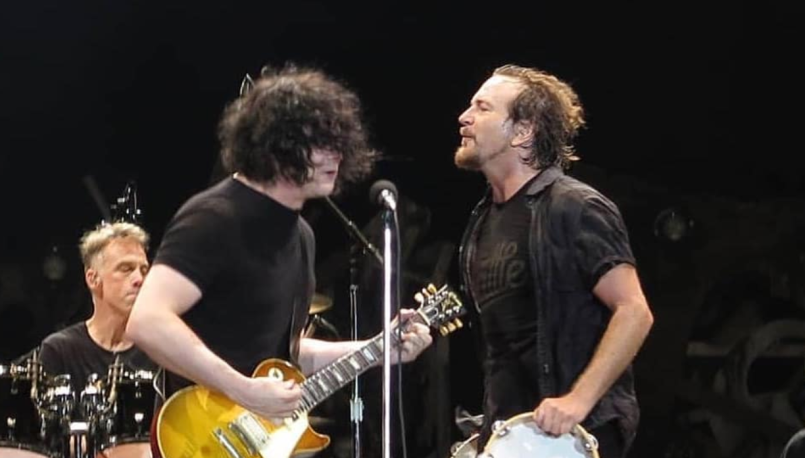 During Pearl Jam‘s recent “Home Away” show in Seattle, frontman Eddie Vedder played a solo acoustic version of The White Stripes’ “We’re Going to Be Friends”. On Monday night, Jack White returned the favor, as he covered Pearl Jam’s “Daughter” during his own gig in Seattle. Listen to an audio recording below.

Earlier this summer, White joined Pearl Jam on stage for “Rockin’ in the Free World” during the latter’s headlining set at NOS Alive Festival in Portugal. White also teamed with Pearl Jam for “Off the Earth” during a surprise concert at White’s Third Man Records in 2016.