Jaden Smith says he believes in a real-life Wakanda, talked to Obama about aliens

The self-proclaimed "new Carlton" shares his thoughts on Inception, time travel, and Fresh Prince of Bel-Air 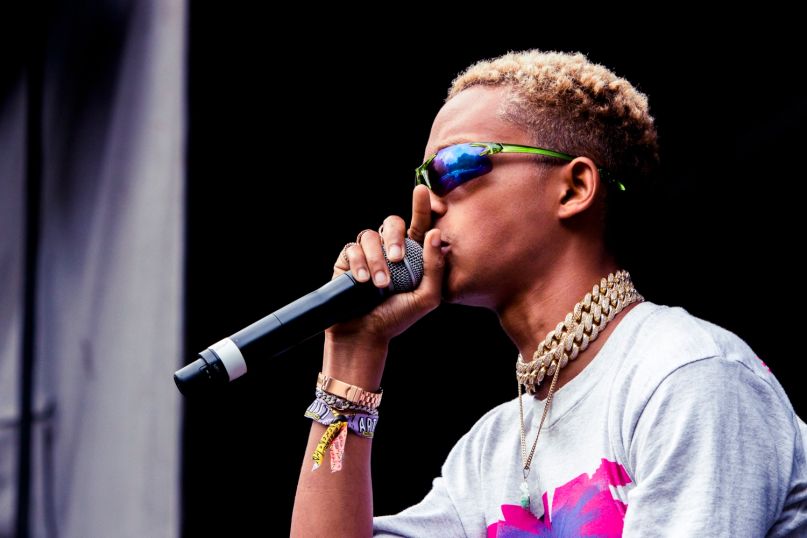 Celebrities clearly operate on another level. Kyrie Irving believes the world’s flat, Donald Trump thinks he’s a great president, and Kanye West … well, let’s not go there. Bottom line: Every day is another chance for one more celebrity to spin our heads, and the latest tantalizing talk out of Tinseltown comes from noted singer, actor, and future time-traveler Jaden Smith.

Fresh off his spirited performance at Lollapalooza, the imaginative 20-year-old sat down with Huffington Post for a hilarious, free-spirited interview that meditated on everything from this year’s Black Panther, to Christopher Nolan’s Inception, to his past convos with Obama about aliens, to his father’s tenure in the greatest sitcom to ever hit TV, The Fresh Prince of Bel-Air.

Here’s a breakdown of what you might have missed:

Jaden on a Real-Life Wakanda

“I will keep it real broad and simple, real broad and simple. The technology that we’re currently at is not the maximum of the human capability,” he began, “and that there are places in the world where their technology supersedes what we see here on a daily basis. It’s made by humans, and it should be acknowledged, and it should be looked at because it could heal a lot of problems.”

Back to the Future

“I figured out how to time travel in the future of my life, and my future self came back and told me that, so not yet, but I just try to do as much as possible. This is my full-time job. That’s the only way I can do it.”

If you could time travel, where would you go?

“Man, I think I’d be too scared to use a time machine. But if I could time travel, I would go back and change [the] “Star Wars” [line] back to “Luke, I am your father” again. Because it was it before and somehow changed, because someone went back in time and changed it, and then I would go back in time and change it again, because it just bothers me. I wake up and I cry sometimes. I just want to change that.”

Jaden on the Ending to Inception

Well, I think the top was going to fall. They didn’t even have the top not falling in the original script.

“I think he was there just for the sake of his kids. I hope he was there. That’s such a crazy thought, though. Taking me back, bro. Really took me back.”

Jaden on Talking to Obama About Aliens

That’s a major. Not even a red flag. That’s a good flag. That’s a major, like, win. That’s already one win, you know what I’m saying? It’s already one win. Then he says, “I can’t confirm or deny the existence of extraterrestrials.” That’s another win. ‘But if there was a time in a debriefing where I needed to be let known any type of information or if there needed to be a meeting, it would’ve or has happened in this room.'”

Wow, what happened next?

“I don’t know what happened. I blacked out. I forget.”

Jaden on Starring in a Fresh Prince Reboot

“No one really wants to see that. [Laughs] And if they did, I would. But they don’t. And as much as they convince themselves, people make it very clear they want it and then counterculture makes it clear that they don’t. So the only thing I would fathom thinking about doing is playing the voice of a character in an animated “Fresh Prince” series, and then one day in my life I will re-create an episode of the “Fresh Prince” just on my own. Just a one-off for fun.”

But you think your dad is becoming Uncle Phil?