Listen to the first single, "Problematic" 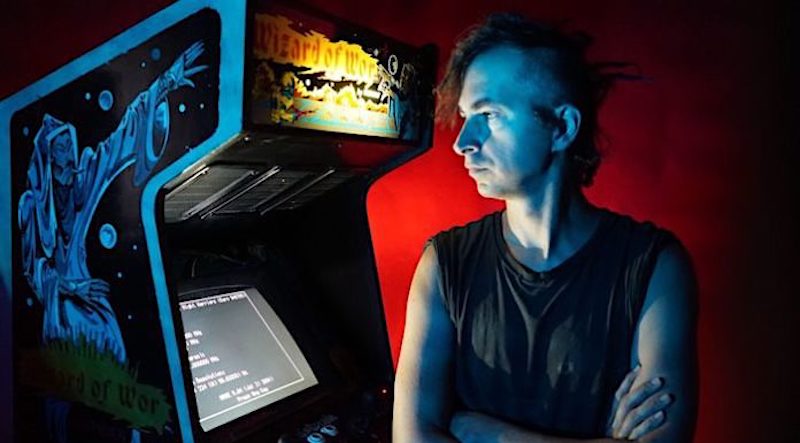 Jimmy Urine, the gleefully profane Mindless Self Indulgence frontman, has announced a new solo LP called EURINGER, and it packs some major and unexpected guests.

Grimes, for whom Urine previously remixed Art Angels’ “Kill V. Maim”, will lend vocals to the album track “The Medicine Does Not Control Me. Other guests include My Chemical Romance’s Gerard Way, System of a Down’s Serj Tankian, and Morningwood’s Chantal Claret.

There’s also a few covers, with Urine tackling cuts by Kate Bush and The Doobie Brothers. In a statement, Urine says the album’s 16 tracks are “woven together as one continuous piece of music.”

”I was having fun exploring my brain and I wanted to invite my friends to have fun with me immersing myself in another time and space, bit by bit, gaining its form from my daily life into a surreal stream of consciousness,” Urine said in a press release.

Accompanying the announcement is the lead single, “Problematic”, which finds Urine right in his comfort zone. Simultaneously spastic and operatic, the garish, glitchy cut slots the provocateur right at the center of today’s culture wars. “Oh, baby, I know you want to love me so much,” he sings in the chorus, “but you can’t because I’m problematic.” Urine, who’s been censored time and again across his career, is probably cackling over our culture’s never-ending, highly partisan arguments over free speech. Hear it below.

EURINGER is due out October 19th via Metropolis Records. Pre-order it here, and check out the album artwork and tracklist below.

EURINGER Tracklist:
01 Trigger Warning
02. If It Ain’t You Today It Will Be You Tomorrow (feat. Serj Tankian)
03. Problematic
04. That’s How Jimmy Gets Down
05. Be Afraid Of Who You Are
06. Piece Of Me
07. Internal Organs
08. Wuthering Heights (Kate Bush cover)
09. Detroit And Only Half Way Thru The Tour
10. Fuck Everything (feat. Chantal Claret)
11.The Medicine Does Not Control Me (feat. Grimes)
12. What A Fool Believes (Doobie Brothers cover)
13. Do You Kiss Your Mama With That Mouth
14. Sailor In A Life Boat (feat. Gerard Way)
15. Random Emo Top Line Generator
16. Two And A Half Years