Kanye apologizes for saying “slavery was a choice,” compares himself to Harriet Tubman and Nat Turner 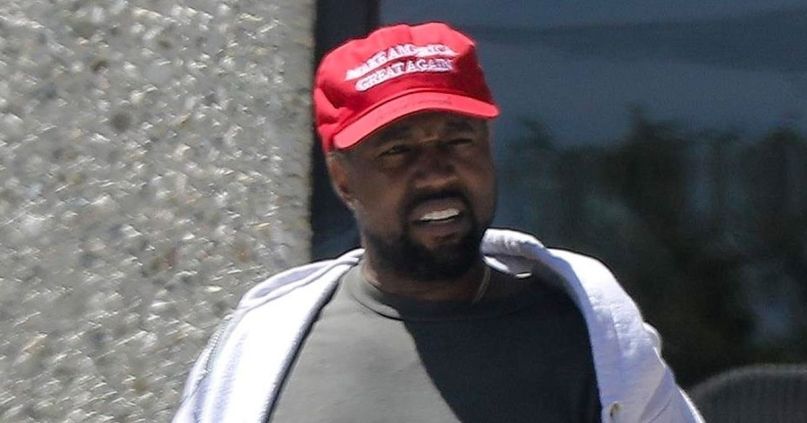 Kanye West in a MAGA hat, photo via BAHE / BACKGRID

Kanye West sought to clean up some of his recent controversial comments — or, lack thereof — during an interview on Chicago’s 107.5 WGCI Chicago on Wednesday.

To start, Kanye was given an opportunity to answer the question posed to him by Jimmy Kimmel earlier month. If you recall, Kimmel asked Kanye whether he believes Donald Trump cares about black people.” Kanye sat silent for several seconds, prompting Kimmel to go to commercial. When they returned from the break, Kimmel moved on to an entirely different topic. Kanye subsequently said he hadn’t been given a chance to answer the question: “The question was so important I took time to think.”

Given another chance to answer the question, Kanye told WGCI:

“I feel that [Trump] cares about the way black people feel about him, and he would like for black people to like him like they did when he was cool in the rap songs and all this. He will do the things that are necessary to make that happen because he’s got an ego like all the rest of us, and he wants to be the greatest president, and he knows that he can’t be the greatest president without the acceptance of the black community. So it’s something he’s gonna work towards, but we’re gonna have to speak to him.”

That segued into a conversation about Kanye’s past comments to TMZ in which he called slavery “a choice.” Kanye said his comments had been misinterpreted, as he was actually speaking from the perspective of “his spirit.” However, in attempt to clarify what he actually meant, he seemingly compared himself to both Harriet Tubman and Nat Turner.

Still, Kanye said he understood that some people were “let down by that moment,” and for that, he offered an apology.

“The thing about being called crazy, the biggest stigma that has to be broken is that you instantly get written off. But you might be the only one who knows what they’re talking about. Also what I wanna say to everyone listening right now—I have never really approached or addressed the slavery comment fully. And it’s not something for me to overly intellectualize. This is something about the fact that it hurt people’s feelings and the way that I presented that piece of information. I could present in a way more calm way, but I was ramped up…

I’m sorry for the one-two of the MAGA hat into the slavery comment. And I’m sorry for people who felt let down by that moment. I’m sorry to people who felt let down by that moment. And also I appreciate you guys giving me the opportunity to talk to you about the way I was thinking and what I was going through. I just appreciate you guys holding on to me as a family. And one thing I got from the TMZ comment—I learned how much black people love me.”

Kanye also spoke about his ongoing mental health issues, which he said can cause him to speak clumsily. He also expressed his desire to surround himself with a better support system.

“If you deal with someone that’s bipolar, that’s ramped up. They might say something that’s their truth, that’s how they feel, in a way that’s not going to make you feel comfortable…

The people who were around and are starting to make money, they just didn’t care about me as much. Because Kanye West was an entity, a money-making machine, and you get into that situation and you don’t have people that are continuously looking out for your best interests at all costs. Because I even had people that was with me at TMZ that could have stopped it. That could have said, ‘Yo, this is going too far.’”

Elsewhere in the interview, Kanye discussed his relationship with Drake. He disputed rumors that he provided Pusha-T with damaging information that was used on his scorching diss track, “Story of Adidon”, saying: “I’m Ye, I got major things to do other than give information to him about Drake… My head isn’t even in this place.”

Kanye said he is uninterested in beefing with Drake: “People be around your family and be in your house and this and that then, they get mad about a beat and send purple demon emojis. I don’t play like that, I don’t play in that place . . . It’s like, look, it ain’t no beef.”

He also believes the pair will “reconcile that one day because we got to. We got work to do because these voices are just too powerful.”

Watch portions of Kanye’s interview below:

Kanye finally apologized for his “Slavery Was A Choice” comments. Salute my family @kendragmedia

Previous Story
Orson Welles’ long-lost film, The Other Side of the Wind, to be released by Netflix
Next Story
Pig Destroyer’s video for “Mt. Skull” is absolutely bananas: Watch
Popular
More Stories
[fu-upload-form form_layout="media" title="Submit Your Photo"][input type="hidden" name="ugc" value="1"][/fu-upload-form]