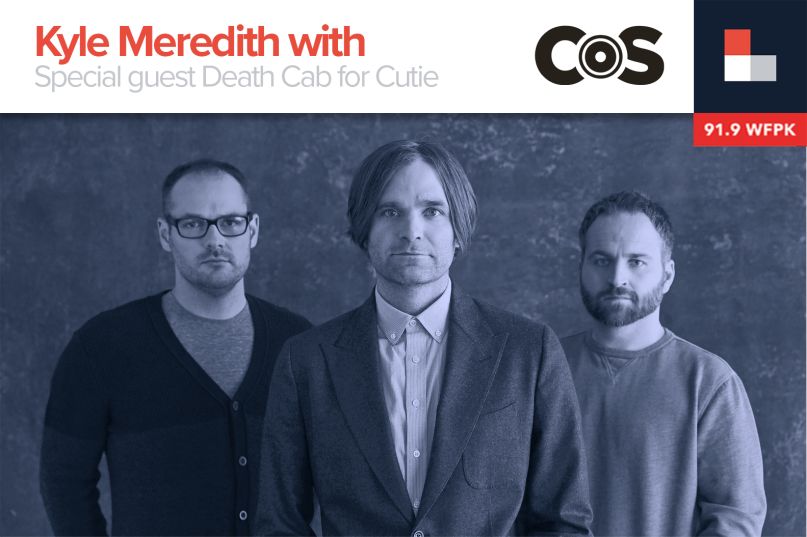 Kyle Meredith is joined by Death Cab for Cutie frontman Ben Gibbard to discuss their forthcoming record, Thank You for Today, his friendship with late Frightened Rabbit founder Scott Hutchison, as well as the 20th anniversary of their debut record, Something About Airplanes. Meredith also shares a bonus interview with Gibbard that took place late last year, where he discusses his recent coverage of Teenage Fanclub’s album Bandwagonesque.

Kyle Meredith With… is an interview series in which WFPK’s Kyle Meredith speaks to a wide breadth of musicians. Each episode, Meredith digs deep into an artist’s work to find out how the music is made and where their journey is going, from legendary artists like Robert Plant, Paul McCartney, U2 and Bryan Ferry, to the newer class of The National, St. Vincent, Arctic Monkeys, Haim, and Father John Misty. Rate the series now via iTunes.