The LVMPD did determine, however, that there was no conspiracy or second shooter 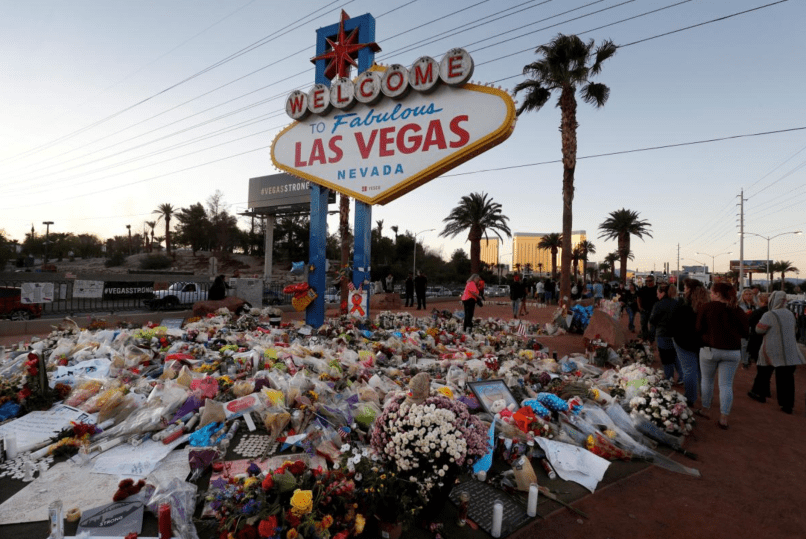 Flowers laid at the Las Vegas sign, photo via Reuters

The Las Vegas Metropolitan Police Department has officially concluded its investigation into the October 1st, 2017 mass shooting that occurred during the Route 91 Harvest Festival. While investigators determined that there was no conspiracy or second shooter involved in the incident that left 58 dead and hundreds more injured, they could not determine a motivation for Stephen Paddock’s actions.

“What we have been able to answer are the questions of who, what, when, where and how,” Clark County Sheriff Joe Lombardo said. “What we have not been able to definitively answer is the ‘why’ Stephen Paddock committed this act.” Lombardo also described Paddock as “an unremarkable man” with a troubled mind.

Police were able to confirm that Paddock acted alone, opening fire on the crowd from a room on the 32nd floor of the Mandalay Bay hotel which overlooked the open-air festival venue on the Vegas Strip. In their report, they noted that there was “no evidence of radicalization or ideology to support any theory that Paddock supported or followed any hate group or any domestic or foreign terrorist organization.” They also said they found no note or manifesto in the hotel room, and were left to attempt to determine Paddock’s motivation on their own.

The LVMPD also determined that Paddock purchased all the weapons and ammunition he used in the massacre legally, concluding that he “did not commit a crime until he fired the first round into the crowd at the Las Vegas Village.”

Paddock had booked hotel rooms outside of Lollapalooza in Chicago, indicating the iconic festival as his initial target, though the reservations were canceled two days before check in. He also booked rooms that overlooked the Life is Beautiful festival in Las Vegas. He apparently was present during that event and was seen on video surveillance transporting a number of suitcases into the rooms, though it’s unclear if he had intended to commit the attack then or was planning one for the future.

Read the entire 187-page report released by the LVMPD.