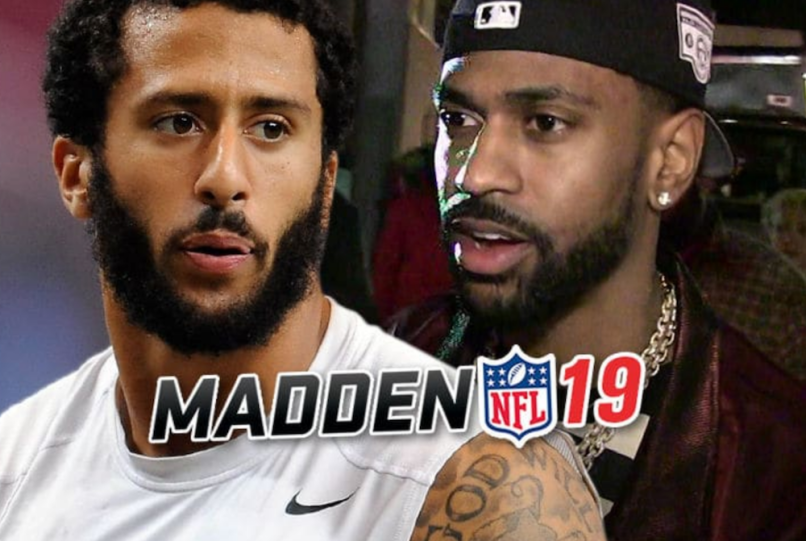 Colin Kaepernick won’t appear anywhere on the field in Madden NFL 19 — at least, not until he officially signs with a team — and it looks like he’s been totally scrubbed from its soundtrack, too, according to TMZ. The EA Sports video game, which is set for release next week, includes the song “Big Bank” by YG — except it’s an edited version in which a Kaepernick shout-out has been completely erased from Big Sean’s guest verse.

“Feed me to the wolves now I lead the pack and shit/ You boys all cap, I’m more Colin Kaepernick,” Big Sean’s original line goes. Now, per video from those who’ve received early copies of Madden NFL 19, any mention of the star quarterback is nowhere to be found on “Big Bank”.

It’s more than likely Kaepernick’s name was dropped not because of his free agency status in the league, but because of his now-famous National Anthem protest, which he kick-started in 2016 to draw attention to issues of racial inequality and police brutality in the US. And it’s not as though those at EA Sports haven’t made their views on the protest known in the past.

Previously, EA proudly announced it would mention Kaepernick’s protest in the commentary section of Madden NFL 17, which dropped August 2016. However, based on actual user play, that didn’t seem to be the case, despite EA promising that its commentary segment would “center around on-field performance, as well as major news like trades, free agency signings and injuries.” One would think Kaepernick’s kneeling protest would qualify as major news…

Update #1: In a statement on Twitter, Big Sean said the censorship of his verse is “disappointing and appalling,” and that “nobody from my team approved any of this.”

It’s disappointing and appalling @NFL & @EA took @Kaepernick7’s name out of my verse on Big Bank for Madden 19, like it was a curse word. When he's not a curse, he's a gift! Nobody from my team approved any of this.

Update #2: EA Sports has issued a statement apologizing for the censorship of Big Sean’s “Big Bank” verse and promises it will include the original version of the song in a forthcoming update:

“We made an unfortunate mistake with our Madden NFL soundtrack. Members of our team misunderstood the fact that while we don’t have rights to include Colin Kaepernick in the game, this doesn’t affect soundtracks. We messed up, and the edit should never have happened. We will make it right, with an update to Madden NFL 19 on August 6 that will include the reference again. We meant no disrespect, and we apologize to Colin, to YG and Big Sean, to the NFL, to all of their fans and our players for this mistake.”

bad enough @Kaepernick7 still not signed, but now they even edit his name out in this year’s @EAMaddenNFL during @BigSean verse, smh pic.twitter.com/3nvkB26z5r

Here’s the original version of the song: