Man rushes stage at Beyoncé and Jay-Z concert, gets tackled by backing dancers

Fortunately, neither JAY-Z nor Beyoncé were injured 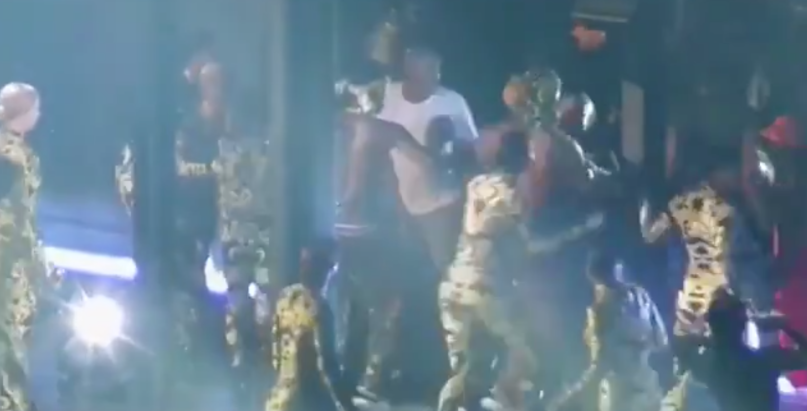 A 26-year-old man rushed the stage at the end of Beyoncé and Jay-Z’s “OTRII” concert in Atlanta on Saturday night.

Video shows the man, identified as Anthony Charles Thomas Maxwell, running up to the stage as Beyoncé and Jay-Z themselves were exiting. Fortunately, he was intercepted by a group of backing dancers and detained by venue security.

According to TMZ, Maxwell briefly made contact with JAY-Z, but neither JAY-Z nor Beyoncé were injured.

Maxwell was cited for disorderly conduct, but was not taken to jail. Update – August 27th: According to The Associated Press, Maxwell was arrested and charged with simple battery.