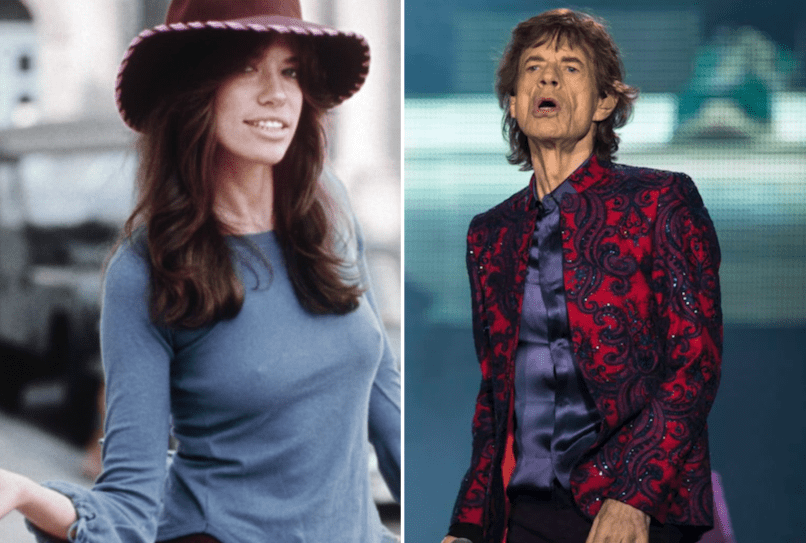 Almost half a century after it was recorded, a lost duet between ’70s siren Carly Simon and The Rolling Stones frontman Mick Jagger has been unearthed.

A slow love ballad allegedly called “Fragile”, the track was previously thought lost to the sands of time. However, the The Associated Press reports that Stones collector Matt Lee has re-discovered the song, recorded in 1972, on a tape in his collection. Funny enough, that’s the same year Jagger sang un-credited backup vocals on Simon’s hit song “You’re So Vain” (and was rumored to be its subject, despite vociferous denials).

The lost duet has been the subject of much speculation in Stones fan circles over the years. While the song has been largely missing for more than 45 years, hardcore Stones followers may recognize a snippet of it from a scene in the 1972 Stones documentary Cocksucker Blues (itself a difficult film to find, given its court-mandated restrictions on screenings).

Perhaps most recently, Simon obliquely referred to it in a 2016 interview with Rolling Stone magazine. There, she confirmed the existence of the song, lamenting that the recording had been lost for decades. She even sang a line of the lyrics: “Funny, funny, funny, funny, funny/ How love can make you cry.”

According to the AP, the line may actually be “change” and not “cry” on the recording. The track appears to be simply Simon and Jagger sitting at a piano, with him singing most of the vocals and her adding harmonies.

Lee will not divulge the means by which he recovered the track, but confirmed that he sent a digital copy to Rolling Stone magazine, on the promise that it would be delivered it to Simon. “I’m not doing it for the money. I’m a collector,” Lee said of his altruistic motivations for the track. “My motive for sending it to Rolling Stone was to pass it to Carly.”

Whether this musical artifact will be released to fans or not remains unknown; in the meantime, we can just be glad that another rock ‘n roll artifact has been preserved.