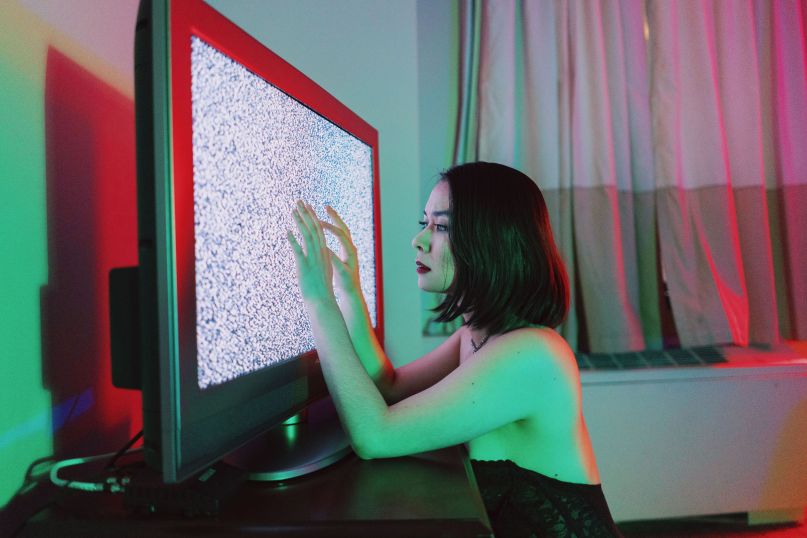 Mitski’s Be The Cowboy is undoubtedly one of the year’s most anticipated albums, especially if your name is Iggy Pop. We’ve heard a few tracks from the singer’s fifth LP thus far—“Geyser” and “Nobody”—and now she’s shared the swooning album closer “Two Slow Dancers”.

Wistful and restrained, the gorgeous track reflects Mitski’s statements on the album’s experiments’ “in narrative and fiction.” “Two Slow Dancers”, she reveals, centers around a pair of old lovers reunited inside a school gymnasium, with the narrator’s weary sense of resignation grappling with her desires for the simplicities of youth. “They used to have something together that is no longer there and they’re trying to relive it in a dance, knowing that they’ll have to go home and go back to their lives,” she says in a press release. Sustained by fuzzy plinks of piano, the song climaxes with a rush of romanticism befitting Angelo Badalamenti’s work on Twin Peaks, leaving the listener as if it is possible, if even for a moment, to feel that rush again.

See a lyric video for the single below.

Be The Cowboy, the follow-up to 2016’s breakthrough Puberty 2, is out August 17th via Dead Oceans. She’s scheduled to tour behind the LP this fall.