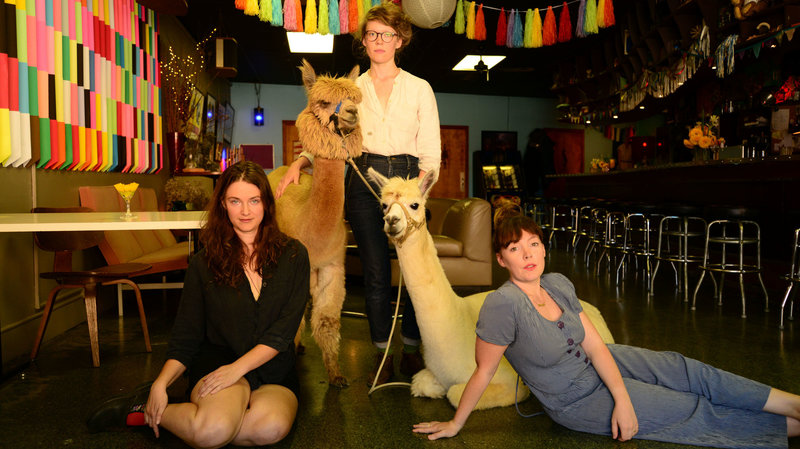 Mountain Man made quite the splash with 2010’s Made the Harbor, but, aside from a few singles here and there, the folk trio drifted off into the bush, with the group’s Amelia Meath emerging with an entirely new project in Sylvan Esso. The group reunited last year for a packed performance at the Eaux Claires Music Festival, and now Meath, Alexandra Sauser-Monnig, and Molly Sarlé are back with a brand new album. Called Magic Ship, it’s due out on September 21st via Nonesuch Records.

In a press statement, Sarlé sums up the group’s connection thusly, “We all have this secret access to each other’s feelings, whether or not we’re singing. That is what creates the alchemy when we are singing together.”

Quenching a palpable thirst for their sparse, cottony harmonies, Mountain Man has shared a trio of new songs in advance of the album’s release. They include the a cappella opener “Window”, as well as the tipsy “Rang Tang Ring Toon” and buoyant “Stella”, a perfect introduction to the striking intersection of the group’s vocal styles.

Stream the songs below, and pre-order the album here.