NBC’s Making It renewed for season 2, paving the way for more wood puns 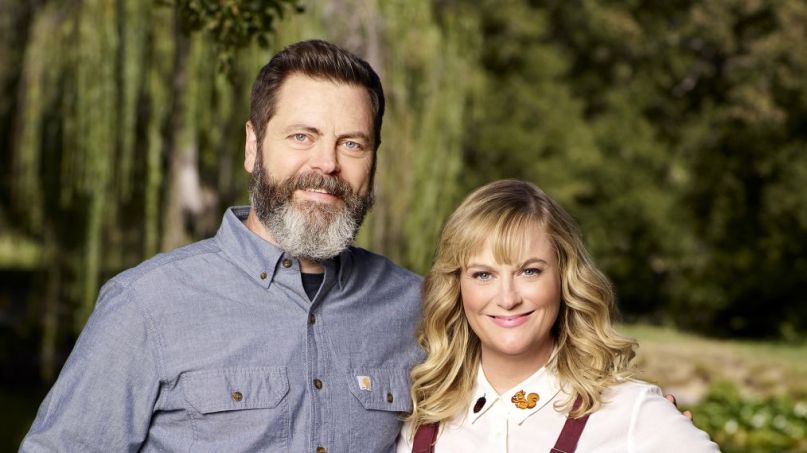 Hold on to your hot glue guns, crafters; Making It is coming back for a second season.

According to The Hollywood Reporter, NBC’s hit reality crafting competition (and current balm for our trying times) has been approved for a second season, right as its first season preps its finale on September 4th. The show, hosted by Parks and Recreation stars (and good off-screen friends) Amy Poehler and Nick Offerman, basically grafts the tent-based pleasantries and well-meaning attitude of The Great British Baking Show and spraypaints it with a little homespun American charm.

It’s an effective formula, especially for people who need something nice on TV – and it’s worked; Making It currently has a total of 6.3 million viewers, making it the most-watched new summer series. In the network’s coveted 18-49 demographic, the numbers are just as macrame-zing, with a 1.4 rating positioning it as tied for first in that demo.

NBC Entertainment’s reality TV president Paul Telegdy said of the show, “Seeing firsthand the imagination of a true craftsman and, literally, watching them create something out of nothing is pure gold. Amy and Nick’s longtime friendship and affection for one another brings the show to a whole other level of fun and we look forward to seeing what season two will bring.”

A major part of Making It’s effortless charm is the giddy charm of Poehler and Offerman, who brought their love of terrible crafting puns to a statement on the show’s renewal: “We’re sew excited to be Making It again. We promise season two will have you glued to your seat.”