All in continued support of the band's Danger Mouse-produced Wide Awake! album 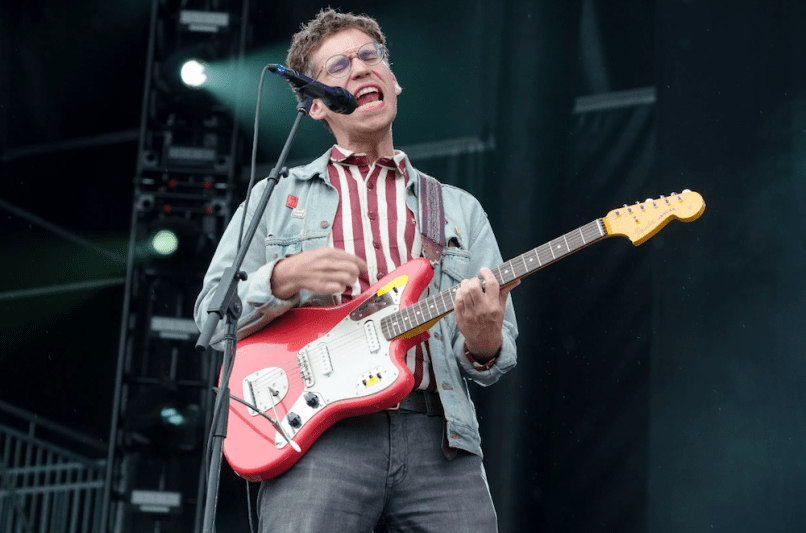 Parquet Courts have lined up a new batch of North American tour dates for the fall. Additionally, the Brooklyn garage rockers have let loose a music video for “Freebird II”, the Lynyrd Skynyrd-referencing track taken from their latest album, Wide Awake!.

This newest run of stateside concerts kicks off in November and includes some of the biggest venues Parquet Courts have ever played, including New York’s Hammerstein Ballroom and Chicago’s Vic Theatre. The band is also scheduled to make stops in Pittsburgh, Cleveland, Toronto, and Montreal before wrapping up in the Big Apple in early December.

As for the “Freebird II” visual, it was helmed by Claes Nordwall, who previously directed the “Berlin Got Blurry” clip, from the group’s 2016 full-length, Human Performance. In it, Parquet Courts can be seen attending a masquerade party and nabbing screen time Brady Bunch-style. According to a statement from frontman A. Savage, there was originally supposed to be a scene of the band “ripping up a confederate flag in the video, but we decided it wasn’t obvious enough that the flag was getting destroyed, so we cut it.” He added, “But just in case you were wondering, we are not fans of it.”

Nordwall chimed in, saying, “After collaborating with Andrew on the Berlin got blurry video I knew that I wanted to work with them again, we really strike the same chord with how we envision these videos playing out…” The Swedish director continued, “They all have such great dry/deadpan live personas, some innate ability to carry a non-self conscious bravado attitude that bands like Talking Heads managed to pull off way back when. It’s rare nowadays.”