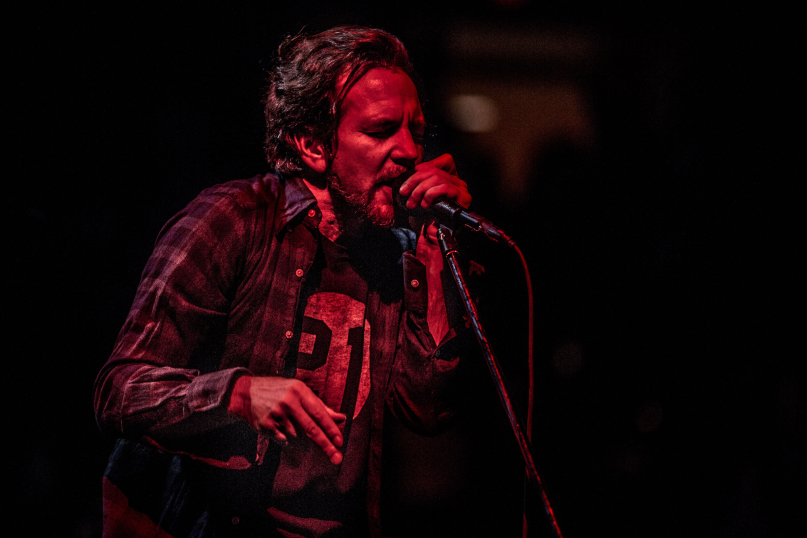 Pearl Jam can’t stay out of the headlines. After a lively yet benevolent week in Seattle, the grunge rockers have now found themselves in hot water for their controversial concert poster supporting Monday night’s Missoula gig. The poster depicts the rotten corpse of our moron President being eaten by a bald eagle on the lawn of the White House, which is quickly becoming a smoldering pile of ashes. Pretty great.

Here’s the rub: The concert, which was held at the Washington-Grizzly stadium on the University of Montana campus, was also a fundraiser for Senator John Tester’s re-election campaign. As the Washington Examiner points out, this association could complicate his running, namely because we live in a society where everyone’s held to a batshit crazy standard save for the one person who should be setting it.

Anyways, the poster itself was designed by bassist Jeff Ament and artist Bobby Brown. Take a look below:

Fortunately, unlike every other celebrity, politician, or spineless idiot out there, they don’t have to back pedal and apologize. Hell, odds are they’ll do it again, and, well, good for them. Besides, are you at all surprised? Have you not seen their music videos? Do you remember this band during the Bush era? They’re relentless when it comes to politics, which is why none of this is shocking. Not at all.

Alas, bring on the outrage.