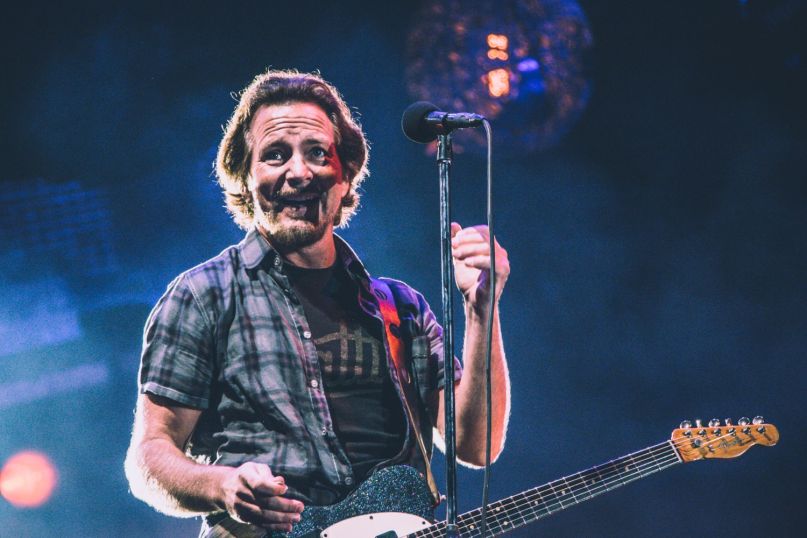 This week, we learned that Pearl Jam sure know how to host a homecoming: They paid respect to fallen legends, they fought to preserve history, they opened up an entire goddamn exhibit, and they played two epic shows at Seattle’s Safeco Field.

That’s not all: According to Seattle’s KOMO News, the band’s two “Home Away” shows on Wednesday and Friday night raised over 11 million for the city’s homeless, with 90% of the proceeds going to King County organizations.

“This is what those ‘Home Shows’ can do,” said Marty Hartman, director of Mary’s Place. “Literally, bring more people home, out of those cars, out of those tents, up off the sidewalk and give them a safe space to be and get them into their forever home.”

One of 40 organizations receiving the donations, Mary’s Place provides temporary housing to homeless women, children, and families. The non-profit opened its doors on Wednesday at its first official private shelter.

“Up until now, we’ve been in buildings that are slated for demolition,” Hartman explained. “This is the first time we’ve ever bought anything. This is our first home purchase.”

Thanks to Pearl Jam’s efforts, over 80 Seattle restaurants joined the campaign and donated a portion of their sales to the band’s Home Away fund.

“Businesses in Seattle want to do the right thing and I think this provides an opportunity to do so, to make a difference,” Sara Nelson, co-founder of Fremont Brewing, told the publication.

Fortunately for the Emerald City, its townspeople aren’t fans of Pearl Jam’s Vs. cut…