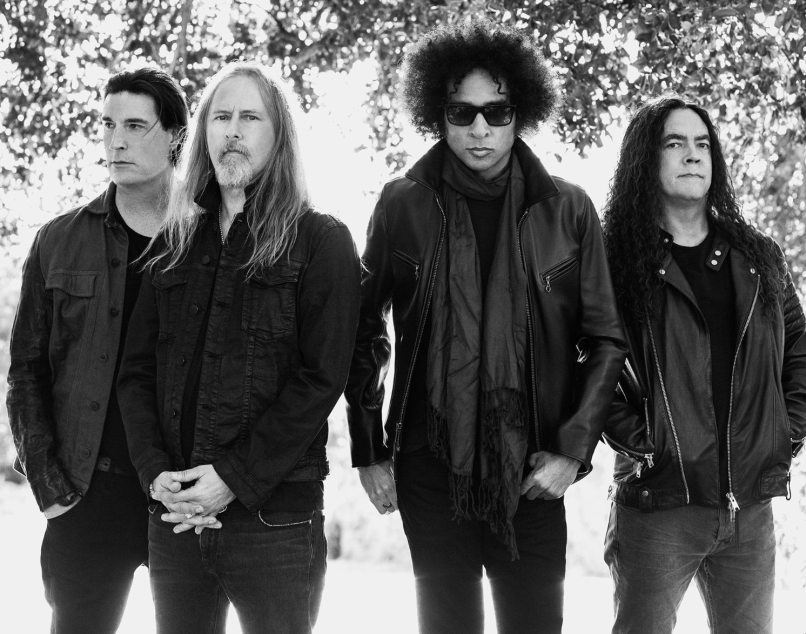 Alice in Chains return today with their new album, Rainier Fog. It’s available to stream in full below via Apple Music and Spotify.

The new LP serves as the venerable grunge outfit’s sixth overall and follow-up to 2013’s The Devil Put Dinosaurs Here. It marks Alice in Chains’ first album in more than 20 years to be recorded in Seattle. Specifically, they holed up for part of the time at the same studio that birthed their 1995 self-titled LP, Studio X (fka Bad Animals Studios). Additional recording was done in Nashville and Los Angeles with the assistance of producer Nick Raskulinecz and engineer Paul Figueroa. Joe Barresi (Queens of the Stone Age, Tool) handled all the mixing.

In his review of the album, Heavy Consequence’s Spencer Kaufman wrote, “Rainier Fog pays tribute to Alice in Chains’ hometown of Seattle in both title and sound. While not the strongest of the band’s second-era output, it’s a nice addition to Alice in Chains’ impressive discography.”

The full-length was teased with early offerings “The One You Know”, “So Far Under”, and “Never Fade”. Earlier this week, Alice in Chains celebrated the record with a performance atop Seattle’s Space Needle. Back on the ground, they’re continuing their North American tour.