ShipRocked 2019 lineup announced: Papa Roach, Bullet for My Valentine, I Prevail, and more

Also playing the cruise are Suicidal Tendencies, Sevendust, and Nothing More, among others 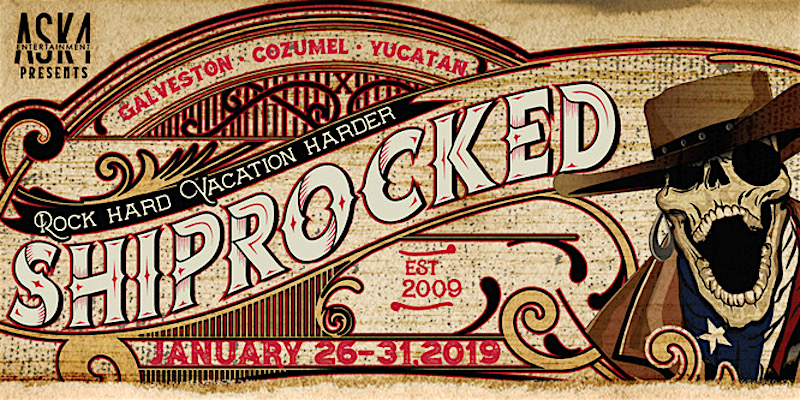 Having already sold out all of the cabins before the bands were even announced, the organizers of ShipRocked have just revealed the performance lineup for the 2019 edition of the cruise.

Headlining the five-day nautical extravaganza will be Papa Roach, and their singer, Jacoby Shaddix, is more than happy to be on board. “We are so excited to join the 10th Anniversary cruise … It’s our third time on the bill and our first time headlining! You can expect a few surprises and a real rock show on the open sea — we can’t wait to see everyone taking part next year!!!”

Additionally, ShipRocked will once again feature an all-star supergroup known as The Stowaways, which this time will include Korn’s Brian “Head” Welch, Megadeth’s David Ellefson, former Guns N’ Roses member Ron “Bumblefoot” Thal, and several more musicians whose names can be seen in the Stowaways poster below.

Also on board will be comedian Brian Posehn, as well as guest hosts Kayla Riley, Big Jay Oakerson and Ralph Sutton. In addition, there will be a special advance screening of Brian “Head” Welch’s documentary Loud Krazy Love.

ShipRocked 2019 sets sail on January 26 from Galveston, Texas, making stops at Cozumel and the Yucatán in Mexico along the way. It returns to Galveston on January 31.

As mentioned, the staterooms are already sold out for ShipRocked 2019, but fans who are interested can join a waitlist at ShipRocked.com.