Clipping. contribute new song “Stab Him in the Throat” to Rick and Morty OST: Stream

Due out through Sub Pop, the OST features all of composer Ryan Elder's arrangements as well as songs from Mazzy Star, Clipping., and Blonde Redhead 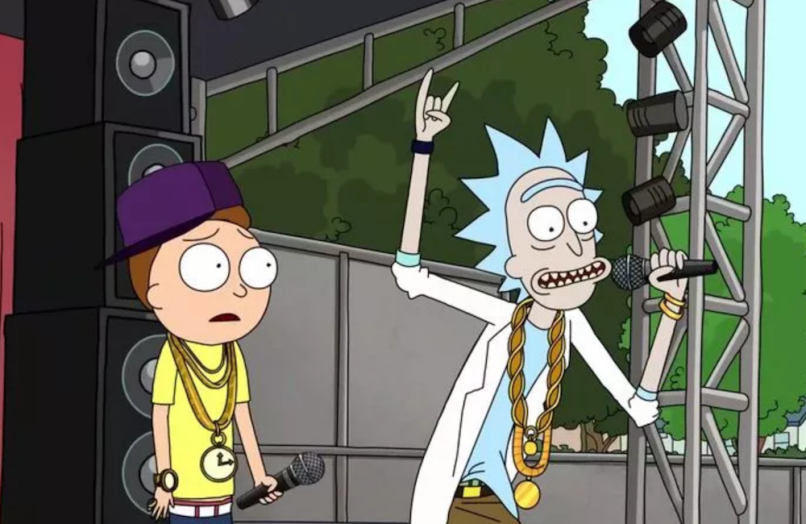 Clipping. "Stab Him in the Throat" for Rick and Morty soundtrack

Rick and Morty fans have a ton of reasons to be celebrating this summer. In addition to the show’s third season hitting Hulu, its soundtrack will finally soon be available for purchase. Due out through Sub Pop, the collection features all of composer Ryan Elder’s arrangements as well as all-new songs from folks like Mazzy Star, Clipping., and Blonde Redhead.

Ahead of the soundtrack’s release next month, Clipping. have shared their contribution. The tune’s titled “Stab Him in the Throat” and boasts a vivid mix of sounds that burp, growl, and swagger. Leave it to the Daveed Diggs-led experimental hip-hop outfit to make a varied palette like this actually work, and in a very dope way.

Clipping.’s last album, the acclaimed Splendor & Misery, came out in 2016.

The Rick and Morty soundtrack is due out September 28th, with the deluxe vinyl edition arriving November 23rd. A 37-piece orchestra is expected to bring the entire thing to life at Adult Swim’s inaugural festival this October.