The Decemberists perform three songs from I’ll Be Your Girl on CBS This Morning: Watch

Early-morning versions of "Suckers Prayer", "Once in My Life", and "I'll Be Your Girl" 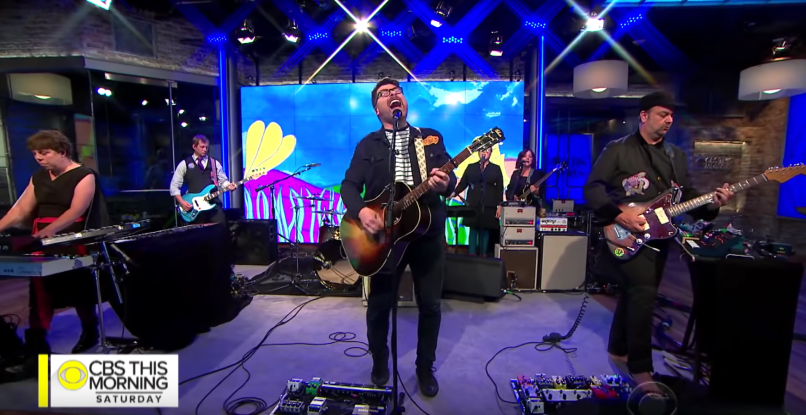 The Decemberists on CBS This Morning

The Decemberists dropped their latest album, I’ll Be Your Girl, back in March. Over the weekend, the Portland indie outfit promoted the release with an appearance on CBS This Morning.

(Read: Ranking: Every Decemberists Album From Worst to Best)

Following an introduction from Anthony Mason (“An already inventive band reinvents itself”), The Decemberists performed their latest single, “Suckers Prayer” in front of a colorful, digital hillside backdrop. Instead of the poignant aesthetic and tall-guy dance moves of the song’s video, the scene stayed up as they went into “Once in My Life”. Off air, the group also played the I’ll Be Your Girl title track, which featured bassist Chris Funk standing awkwardly still beside frontman Colin Meloy until he had to tap out a short melody on his little synth controller.

Check out videos of each song below.

After wrapping up their latest tour leg with their Travelers’ Rest Festival in Montana earlier this month, The Decemberists are taking a slight break from the road. They’ll be back out playing shows again come fall, and you can check their full schedule at their website.

Below, revisit the band’s recent interview on Kyle Meredith with…