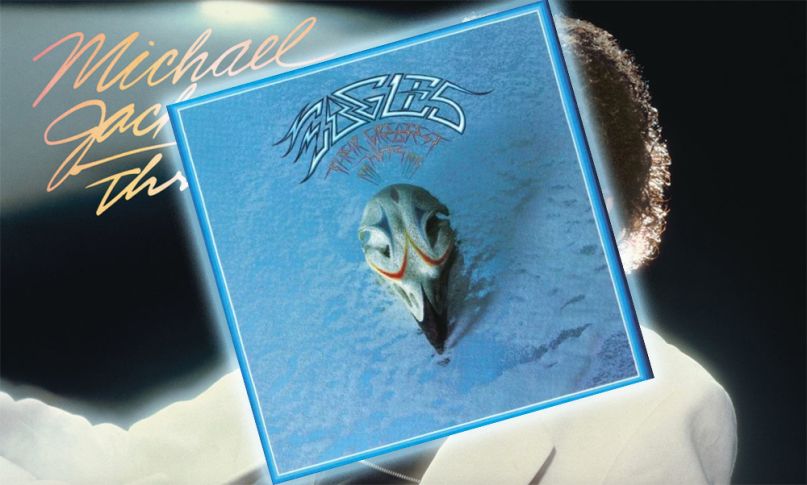 Michael Jackson's Thriller and The Eagles Their Greatest Hits (1971-1975)

Shortly after his passing in 2009, Michael Jackson’s Thriller surpassed The Eagles’ anthology, Their Greatest Hits (1971-1975), to become the best-selling album of all time in the US. Now, though, the Recording Industry Association of America has retabulated the numbers, and it turns out The Eagles have taken back the best-seller crown — and they’ve done it decisively.

According to the RIAA, Their Greatest Hits (1971-1975), the first album ever to go platinum, has now done so 38 times, meaning it’s sold more than 38,000,000 copies. Thriller, meanwhile, sits at 33x platinum since last being counted in 2017. Those numbers, of course, include streaming, which the RIAA began counting in 2013. (1,500 streams of an album equal one sale, while 10 song downloads also equal a complete album sale.) Thriller still holds the top spot in worldwide sales, however, with 47 million copies sold. (If we want to get picky, it also still holds the record for best-selling studio album, since Their Greatest Hits is a compilation.)

Further proving the Rock and Roll Hall of Famers’ immense popularity, The Eagles’ other 1976 release, Hotel California, sits at No. 3 all-time at 26x platinum.

Eagles frontman Don Henley released a statement acknowledging the new record, saying, “We are grateful for our families, our management, our crew, the people at radio, and, most of all, the loyal fans who have stuck with us through the ups and downs of 46 years. It’s been quite a ride.”