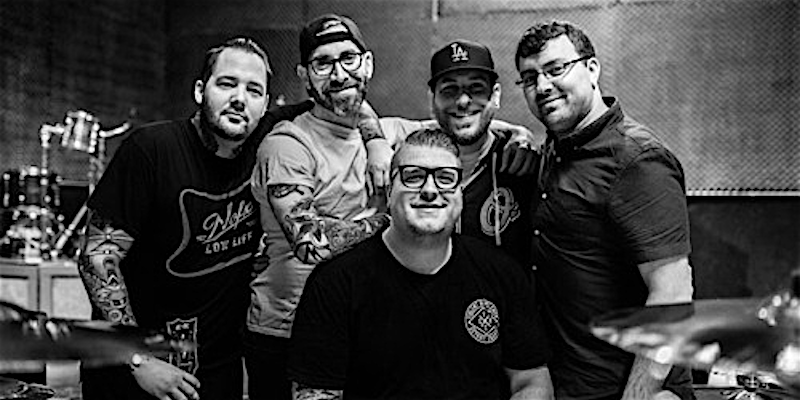 It’s been a long road for The Ghost Inside since a horrific accident involving their tour bus in 2015 left most of the metalcore band’s members seriously injured and their driver killed. Nearly three years later, drummer Andrew Tkaczyk, whose right leg was amputated as a result of the crash, is back playing “close to the level” of his old self thanks to a new drum setup.

The accident occurred in November 2015 when a truck crashed head on with the band’s tour bus near El Paso, Texas. Tkaczyk not only lost his right leg, but also suffered injuries to his ribs, hips, spine, head, shoulders and hands.

They haven’t performed since, but earlier this year The Ghost Inside posted a message on their official website, saying there is a future for the band, stating, “We still aren’t sure exactly what it looks like. It might be one show, it might be a few shows. It could be a new song or a whole new record. Our journey into that future is just beginning, and we will bring everyone that is interested along with us.”

Yesterday, in a new Instagram post containing a video of himself playing drums as well as a couple of photos, Tkaczyk wrote, “Today is honestly the first time since our accident almost 3 years ago that I feel close to the level I was playing at when I had two legs. No, it’ll never be 100% like that again but with the help of my Dad and some incredible people, I’ve gotten pretty damn close.”

He added, “The @axispercussion long boards were the third and final piece of the puzzle to making playing drums feel natural again. 1st piece was The Hammer my Dad built. 2nd piece was my trigger setup, and now these pedals. Extremely thankful to Joe Hardy for hooking me up and helping me get back to it. Feeling great about this!”