Radiohead frontman returns this November for a 19-date outing 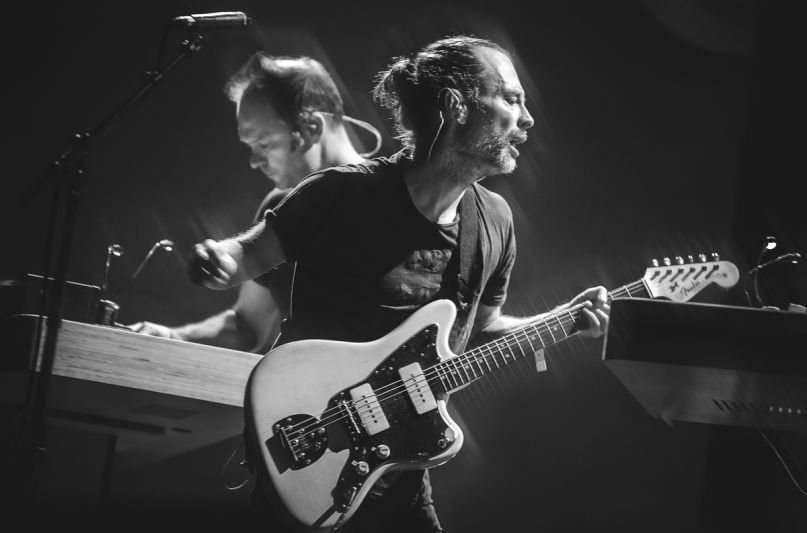 With Radiohead’s latest North American leg having come to an end, frontman Thom Yorke is planning his next extended road trip. Later this year, he’ll return to the US for more touring, this time as a solo artist. The 19-date outing kicks off Philadelphia on November 23rd and runs through most of December.

As was the case for his European solo tour earlier this year, Yorke will be accompanied on stage by Radiohead producer Nigel Godrich and audiovisual artist Tarik Barri, both of whom collaborate with Yorke in Atoms for Peace. Cellist Oliver Coates will serve as the tour’s opening act.

During his most recent solo shows, Yorke debuted a number of new songs, including “I Am A Very Rude Person”, “Saturdays”, and “The Axe”. Later this year, he’s set to make his film scoring debut with with Luca Guadagnino’s Suspiria remake.

.@thomyorke will tour in the US this November and December with a live electronic performance featuring @nigelgod and @tarikbarri. Support from special guest @ollycoates. For full details of the dates: https://t.co/uRY5xXSsI1 pic.twitter.com/E1rCE6Navr