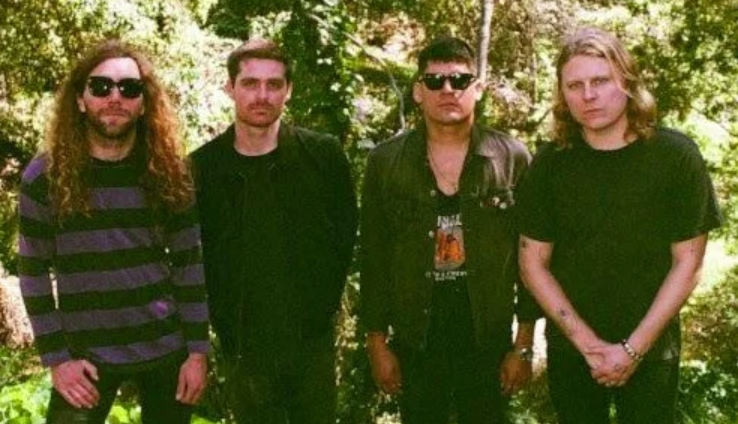 In 2016, the ever-prolific Ty Segall announced the formation of a new band with FUZZ’s Charles Moothart and Chris Shaw of Ex-Cult.Calling themselves GØGGS, the gang released an agressive LP aping the ’80s hardcore on which they were raised. Now, with Michael Anderson joining them on bass, the supergroup has announced their sophomore offering, Pre Strike Sweep.

Due out on September 28th via In the Red, the album was recorded and mixed over the past year by Segall. Shaw handled the lyrics, while the band collaborated to create its fierce, spine-rattling arrangements. The title track, which the band has shared alongside the announcement, unfolds across four chaotic minutes, with a steady river of distortion coursing through a peripatetic storm of squeals, effects, and one killer solo.

“’Pre Strike Sweep’ is a song about undergoing a drastic change and creating your own reality,” Shaw says in a press release. “It’s a song about trust, destruction, and rebirth. Sometimes you got to blow everything up and start from a new beginning.”

GØGGS will also be playing a trio of West Coast shows this December. See the dates below.