Sony confirms the indie rockers are now part of their roster, say to expect a "noteworthy project" by September 30th 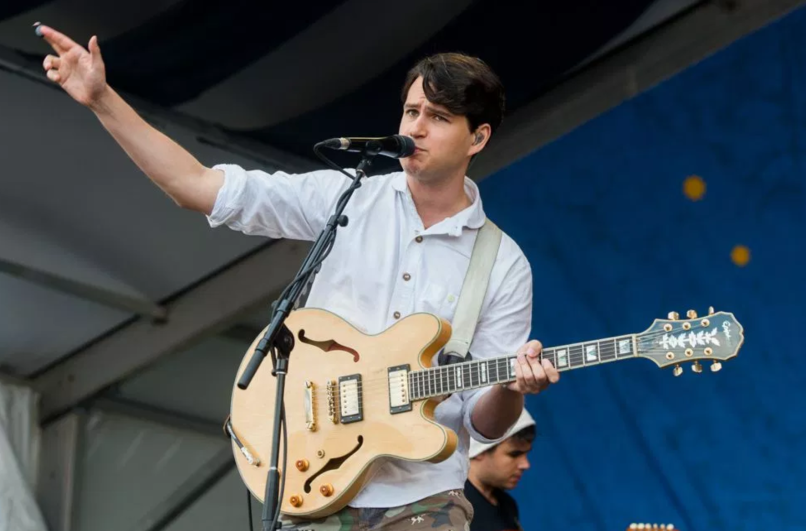 Rumors have been swirling for a few months that Vampire Weekend would be releasing their long-awaited new record on Sony rather than XL Recordings, which had been their label home for a decade. Today, Sony Corp confirmed as much in their quarterly financial statement.

Sony listed VW as a “noteworthy project” for Q3 of this year, which ends September 30th. Whether that means we’ll be getting a full album or just the beginning of the rollout with new singles, fans have something to look forward to over the next two months. We’ve reached out the band’s representatives for more information.

(Read: How Vampire Weekend Burned Off the Bush Era)

The yet-unannounced record will mark the band’s fourth overall and first since 2013’s fantastic Modern Vampires of the City, as well as their first since the departure of founding member Rostam Batmanglij in 2016. Back in May, they told fans they were “94.5%” done with the effort.

Vampire Weekend recently returned to the stage after a four year absence, debuting a new live lineup that includes frontman Ezra Koenig, drummer Chris Thompson, and bassist Chris Baio and newcomers Greta Morgan (Springtime Carnivore), Brian Robert Jones (Human Natural), an additional drummer, and another musician. Their first official return occurred back in June when the band played their 2008 self-titled debut at Ojai, California’s Libbey Bowl. They also recently covered “The Boys are Back in Town” and played the Modern Vampires of the City track “Obvious Bicycle” with HAIM at Japan’s Fuji Rock festival.