Good guy Vic Mensa to give away 10,000 free shoes at site of controversial police sting 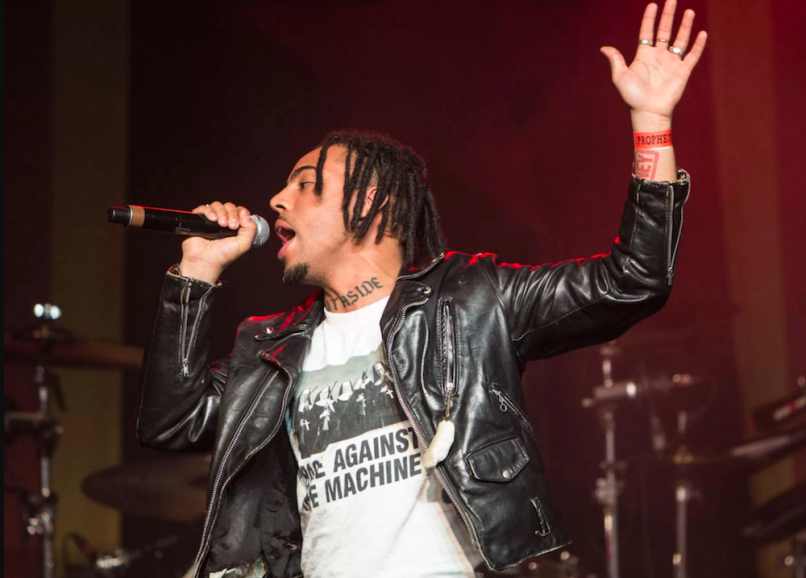 Earlier this month, police paraded a “bait truck” full of free Nike sneakers around Chicago’s Englewood neighborhood in hopes of luring out would-be thieves. The controversial sting operation has since drawn backlash from the ACLU and community leaders who say the resources could’ve been put to better use — especially in an area plagued by gun violence.

“Police in Chicago must focus on building trust and better relationships within the communities they serve, not engage in stunts like bait trucks,” Karen Sheley, director of the ACLU of Illinois’ police practices project, told the press. “The Chicago Police Department admits that it can’t solve murders and violent crimes because communities of color don’t trust the Chicago police. These stunts won’t help.”

Now, local rapper and activist Vic Mensa is taking matters into his own hands. At the same site where the original sting happened, Mensa will host an “anti-bait truck” to give away thousands of free shoes to those in need, as the Chicago Sun-Times reports.

“Chicago Police escorted a ‘bait-truck’ full of shoes through the South Side of Chicago to lure poor people with FREE NIKES. So we’re filling a truck with shoes to give away to those who need it,” Mensa wrote on Twitter.

“We wanted to do something in response, but have a positive response,” added Laundi Keepseagle, the executive director of Mensa’s SaveMoneySaveLife foundation, which is putting together the huge back-to-school charity event.

Anyone can donate a pair of shoes via this Amazon Wishlist. Over 3,000 have already been collected, but the foundation is hoping to amass 10,000 pairs by the time of the giveaway.

Last week Chicago Police escorted a “bait-truck” full of shoes through the South Side of Chicago to lure poor people with FREE NIKES. So we’re filling a truck with shoes to give away to those who need it. Buy a pair and donate here:https://t.co/8xkLTHTEhX pic.twitter.com/Tp6X8iZ4Ch

Last week the Chicago Police set up a bait trap by putting a truck full of tennis shoes in the hood then arresting any kids who took a pair.

So – let's buy THOUSANDS of shoes for every kid in Chicago who needs a pair.

Over the years, Mensa has used his platform as a musician to shine a light on controversial police practices in his hometown of Chicago. In 2015, he joined a protest against the white police officers involved in the racially-charged shooting of unarmed black teen Laquan McDonald. Mensa continued to take a hard stance against police brutality in his powerful music video for “16 Shots”, released the following year.

In July, Mensa returned with a new single called “Metaphysical”. His last album, The Autobiography, was one of the best of 2017.