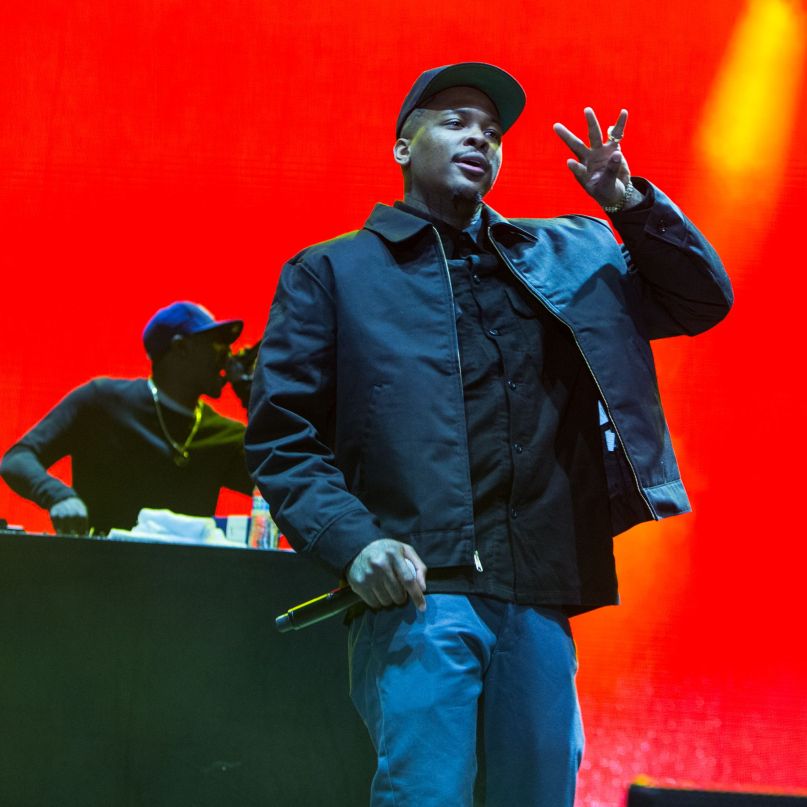 Today marks the release of YG’s Stay Dangerous, the follow-up to the West Coast rapper’s 2016 album Still Brazy. Subscribers of Spotify and Apple Music can stream it below.

The Compton artist’s latest is packed to the brim with guest artists, the likes of which include Migos’ Quavo, Ty Dolla $ign, Mozzy, and YoungBoy Never Broke Again, as well as Nicki Minaj, 2 Chainz, and Big Sean, all of whom guested on pre-release single “Big Bank”. We’ve also heard “Suu Whoop” and the A$AP Rocky-featuring “Handgun”.

In a recent interview with Lord Sear on Shade 45, YG said the album finds him “experimenting and playing with different sounds and different flows.” He added, “Stay Dangerous—that word/phrase is like the mindset of the city right now of LA. That word came from the gang culture, and it became bigger than the gang culture over the past year or so. People don’t tell they homies when leaving to ‘be safe,’ but they say ‘stay dangerous’.”

YG is most certainly staying dangerous. Earlier this month, he was charged with felony robbery for allegedly stealing a fan’s gold chain and ordering his entourage to then beat the fan up. He’s since been released on $20,000 bail.