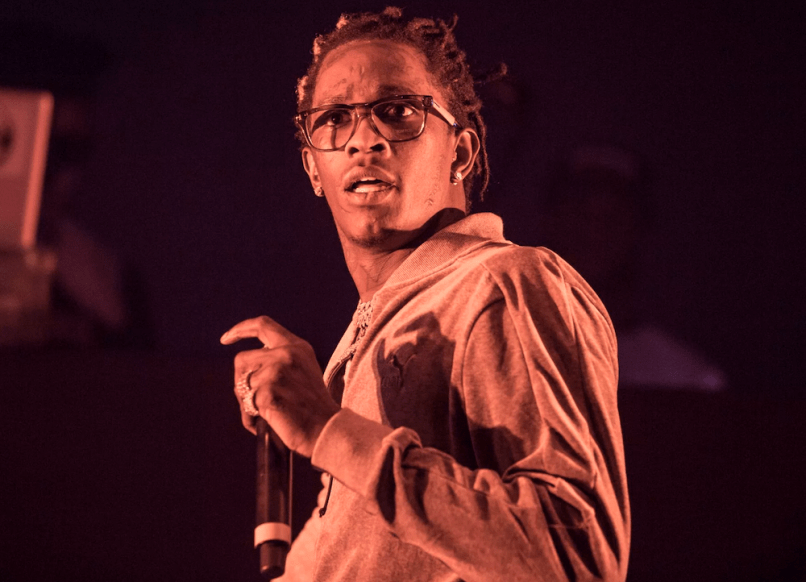 The celebrations have been cut short for Young Thug, who was arrested at his own birthday party and Slime Language listening event in Los Angeles last night.

The Atlanta rapper had rented out a Dave & Buster’s in Hollywood in order to host a joint 27th birthday and album release party. However, things went south when, according to The Blast (via Stereogum), one of his vehicles had “bumped a squad car that belonged to the police department.” Authorities then proceeded to execute a search of Thugger’s car, where they discovered several guns.

Around 3 a.m., police handcuffed the MC and brought him down to a local station. TMZ reports that Thug has since been charged with felony gun possession. He was originally being held on $35,000 bond, but judging by his latest Instagram post, it appears he’s no longer in police custody.

Find footage of the last night’s arrest below.

(Video by my little brother, narration by me) pic.twitter.com/EqaLzKVj8P