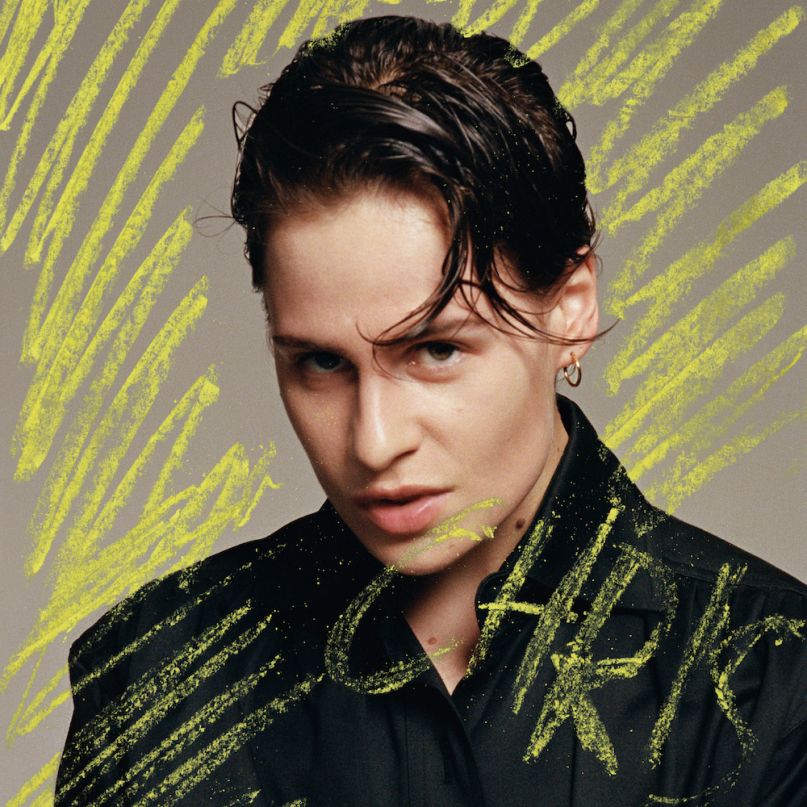 The Lowdown: I remember my high school English teacher staring at the class after we read Seamus Heaney’s poem “Blackberry Picking”, insisting that we tell him what it was about. Confused students kept giving him the wrong answer, and, sensing that everyone was too nervous to see it, to say it, I finally stuck my hand up and answered, “sex.”

Listening to Chris, the second album by queer French electro-pop icon Héloïse Letissier, who performs as Christine and the Queens, reminds me of that moment. Is it hinting at, yes, yes it is. Not even a hint: everything about this album is sex. Sexuality, lust, desire, satisfaction. It’s dripping. It’s glistening sweat, tender bellies on bellies, swollen lips, panting, frustration, straining muscles. And what makes it even more exciting is that it’s an absolutely singular, personal sort of sexuality, which gleefully contorts stereotypes like taffy, pulling them apart and smacking them back together new before stretching them yet again.

The Good: With Chris, Letissier delivers an album of fresh sounds that fuse the swagger of ’80s pop and R&B with a sense of grand romanticism. Any track on the album would fit just as well on a neon dance floor as it would pulsing through earbuds on a walk alone through a city at night. Songs like the muscular hit “Girlfriend (feat. Dam Funk)”, the skittering “Feel so good”, and the impossibly smooth “Doesn’t matter” are all brand new, but they already sound like timeless classics.

On tracks like “The walker”, in which Letissier evokes delicate but violent images and recalls how she once “could drown in my shame,” she masterfully examines and celebrates her queer identity, her strength and vulnerability, her self-perception, and the way it can both complement and conflict with how she is treated socially.

The Bad: Just like with a crush’s well-made mixtape, some songs end up fading to the background because they don’t reach the highs of the others. “Goya Soda” and “What’s-her-face” both probably don’t need to be over five minutes long. They’re strong and necessary moments of calmer identity reflection, but they don’t have the urgent physicality of the best tracks on Chris.

The Verdict: Chris makes my passionate queer, little heart beat wildly. It’s groovy and funky and sultry, and it takes things seriously while still being joyful. It encourages freedom of form, in the sense of both body and art. It’s the perfect second album for Christine and the Queens, and I can’t wait to see what Letissier does next.