Long out of print, the 2005 album makes its return to vinyl 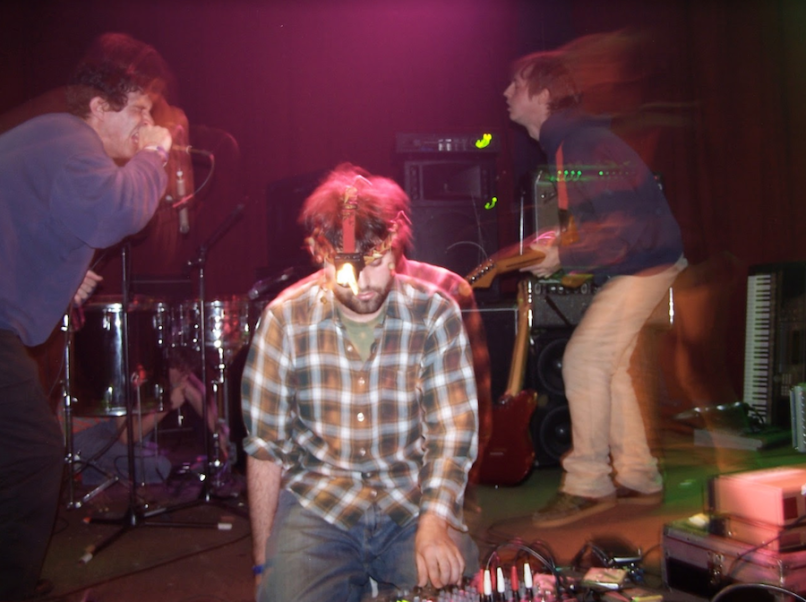 Without much warning, Animal Collective have reissued their 2005 album Feels on vinyl. The experimental group’s seventh album has long been out of print, but it returns to double-LP today via My Animal Home.

Producer Scott Colburn recorded Feels at his Seattle, Washington-based studio, Gravelvoice back in 2005. AnCo had no demos to show Colburn, however, so the first time he heard the songs was during a live show at Neumos on August 22th, 2004. A bootleg recording of that performance (captured by Sparkel Girl) is also being shared today as a new live album called Live at Neumos.

As Brian “Geologist” Weitz explains in a press release,

“The show was the first time [producer] Scott Colburn heard any of the Feels songs. We had already asked him to record the album but we didn’t have demos and he wanted to hear the material first. He was playing in Climax Golden Twins at the time, who were also on the bill with us and Black Dice that night, so this was the test. Luckily, our set sealed the deal and we all moved into his house six months later to start tracking. A small part of us never left. If we’ve seemed a bit rushed after Seattle shows in the years since, it’s because we were in a hurry to get back there for another late night VHS horror movie screening.”

Take a listen to Live at Neumos below, and purchase the Feels reissue at My Animal Home.