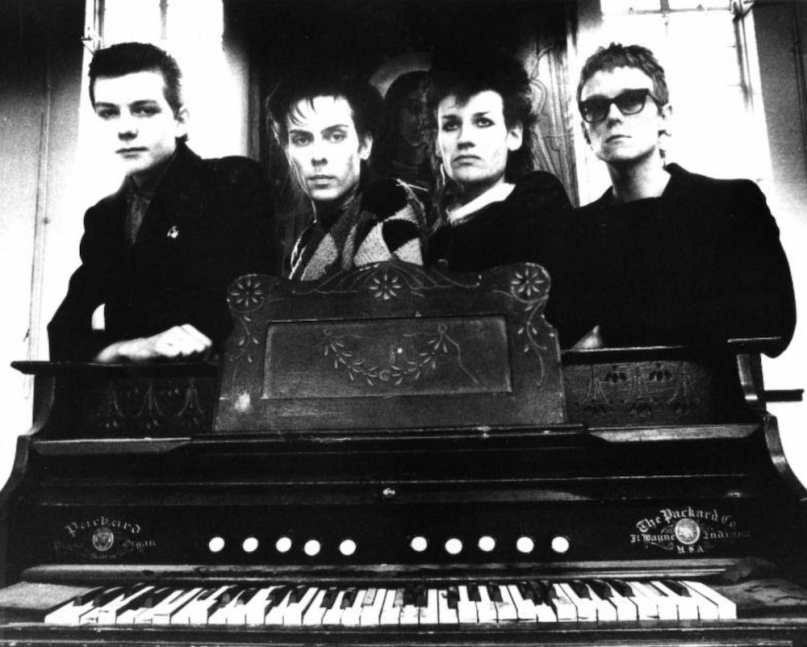 On January 26th, 1979, just six weeks after forming, Bauhaus entered the studio for the first time. Those sessions at Wellingborough, England’s Beck Studios birthed the track “Bela Lugosi’s Dead”, a song that would go on to become a cornerstone of gothic rock. To celebrate the pioneering group’s 40th anniversary, Leaving Records and Stones Throw Records will release a fresh remaster of those early recordings dubbed, The Bela Session.

Due out November 23rd, The Bela Session marks the first official vinyl reissue of “Bela Lugosi’s Dead” in over 30 years, as well as the first time the studio version has been available on streaming services. Three of the four other accompanying tracks have never before been released in any format. Mandy Parnell (Björk, Brian Eno) remastered the audio from the original analogue tape at Black Saloon Studios.

As a first listen to the new remaster, the nine-and-a-half minute “Bela Lugosi’s Dead” can be streamed below.

Pre-orders for The Bela Session are available from Bandcamp and Stones Throw, and come with an insta-grat download of “Bela Lugosi’s Dead”. A press release notes that a special red vinyl version of The Bela Session will be exclusively available through Vinyl Me, Please’s member store. Meanwhile, Beggars Arkive have plans to reissue Bauhaus’ entire catalog on colored vinyl later this year, so stay tuned for those details.

In further celebration of Bauhaus’ 40th anniversary, Peter Murphy and David J are reuniting for “The Ruby Celebration Tour”. Find their updated itinerary below.