Nelson debuted a new song called "Vote 'Em Out", and O'Rourke joined him for "On the Road Again" 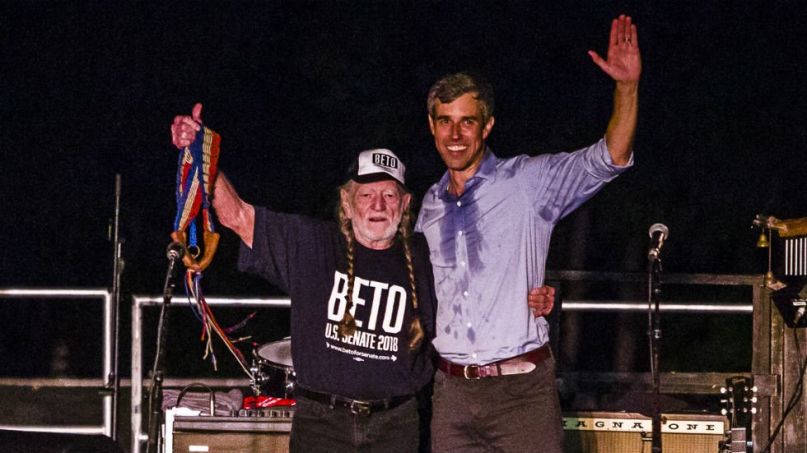 During his brief set, Nelson debuted a new song in honor of O’Rourke called “Vote ‘Em Out!”. “The biggest gun we got/ Is called the ballot box/ If you don’t like who’s in there, vote ’em out,” Nelson sings on the song.

Later, as Nelson was wrapping up his set, O’Rourke joined him on stage to sing along to “On the Road Again”.

Watch fan-captured footage of the performance below.

“My wife Annie and I have met and spoken with Beto and we share his concern for the direction things are headed,” said Nelson in a statement prior to the rally. “Beto embodies what is special about Texas, an energy and an integrity that is completely genuine.”

O’Rourke, a former punk rock drummer who played in a band with The Mars Volta’s Cedric Bixler-Zavala, previously joined Nelson on stage during Nelson’s annual Fourth of July Picnic earlier this summer. At that show, O’Rurke sang and played guitar for performances of “Roll Me Up and Smoke Me When I Die” and “Will the Circle Be Unbroken”.

On October 7th, O’Rourke appear alongside Spoon, The Polyphonic Spree, Sarah Jaffee, and At the Drive-In off-shoot SPARTA during the Buffalo Tree Festival.