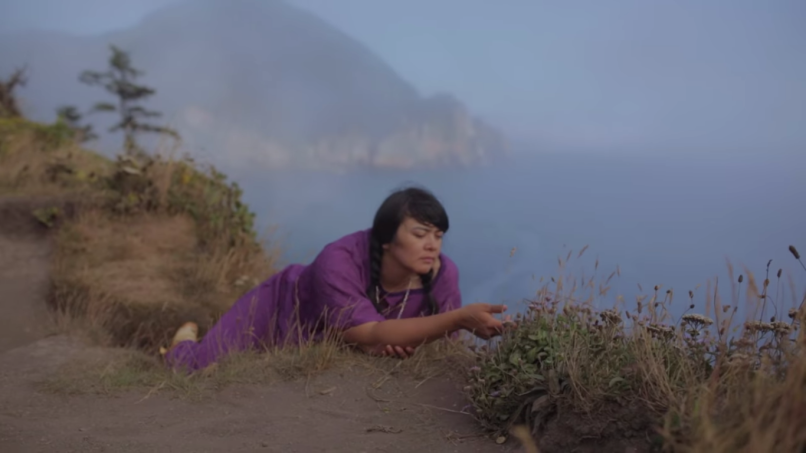 Next week, Black Belt Eagle Scout, the moniker of Northwest songwriter Katherine Paul, will release Mother of My Children, an album that explores the intersection of Paul’s Native American roots and identity as a queer feminist. We’ve previously heard grunge-y singles “Soft Stud” and “Just Lie Down”, and now Paul has shared a music video for the meditative new single, “Indians Never Die”.

In a press statement, Paul notes that the song was inspired by the Dakota Access Pipeline protests on the Standing Rock Indian reservation. “Our treaty rights weren’t being honored,” she says. “Imagine hearing on the news that the government doesn’t support you as a human being and never has. ‘Indians Never Die’ is a call out to colonizers and those who don’t respect the Earth; they don’t care about the water, they don’t care about how they are destroying what is around them. Indigenous people are the protectors of this land. Indians never die because this is our land that we will forever protect in the present and the afterlife.”

See the video below.

Black Belt Eagle Scout is currently on tour in support of the upcoming record. See a full list of dates here.