Black Dave Reflects On His Vans Share The Stage Win 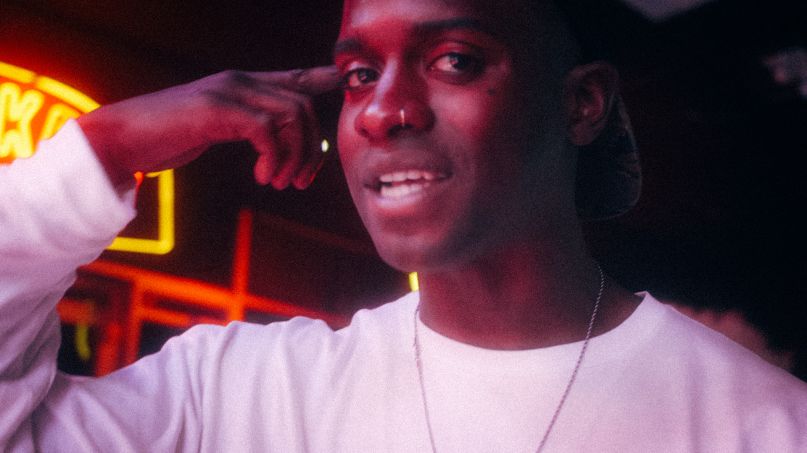 Sitting on a bench in Marcus Garvey Park amid the various Harlem hustles and hangs, Black Dave is still trying to process it all.

Following some formative years of D.I.Y. grinding both in music and skateboarding, he’s undeniably struck by his momentous win in the Vans’ inaugural Share The Stage competition. And for those just now hearing about Black Dave for the first time, he wants you to know a few things about him.

“I got that ambition, I’m from New York, I’m raw,” he says with a confidence that belies a more natural humility and purposefulness as an artist.

Take his single “Surfin’”, for instance. The track’s underlying positivity reflects an evolution and maturation in Dave’s approach, one that started with the song’s creation. “On the hook, I say catch a wave, start surfin’,” he says. “I originally had it say this ain’t your wave, stop surfin’.” That lyrical inversion did more than some mere wordplay flip, but rather it honed a positive and inclusive point, no doubt influenced by his connection to the tight-knit hardcore punk scene. “This is our thing; let’s all get together and start this wave.”

Dave couldn’t help but to think bigger and broader than the turn-up cuts he’s previously proven himself perfectly capable of delivering. “I’m not going to just make a song about partying and going crazy with my homies on some rebellious shit,” he says. “I wanted this to be something that makes people want to catch on, an inviting type of sound.”

The competition assuredly played a role in this part of Dave’s journey. He started out on equal footing with some 150 contestants, all eager to take their careers to another level. He didn’t approach his qualifying Sessions performance at House Of Vans lightly either, putting in a bold and engaging appearance that ultimately landed him one of a mere 10 finalists slots alongside a range of genre-spanning artists.

That live dynamism should serve Dave well for his upcoming show at House Of Vans Chicago opening for Schoolboy Q, one of his personal favorites in rap. Humble yet clearly excited, he considers it an honor to be on the same bill as the Top Dawg headliner. “I’ve watched his hustle from Day One,” he says. “He has cool vibes and he’s hungry–still! I love that!”

Additionally, one of the fruits of his winning the competition include the opportunity to make a music video for “Surfin’,” on Coney Island, some 30 miles away from where he’s seated. The full circle of this journey is not lost on Dave, as he notes to me of his trips there as a young boy with a glowing grin.

With a growing platform in hip-hop, Dave is highly conscious of and conscientious about the options this competition win affords him. “Right now is a time where music can do a lot, and I see my music being able to unite people,” he says with a particular emphasis on the youth. His active self-awareness around this already seems to be sparking and inspiring him to use his voice to speak for himself as well as to connect with others. “Truthfully, it feels great.”