The band's appearance at Riot Fest is among the impacted dates 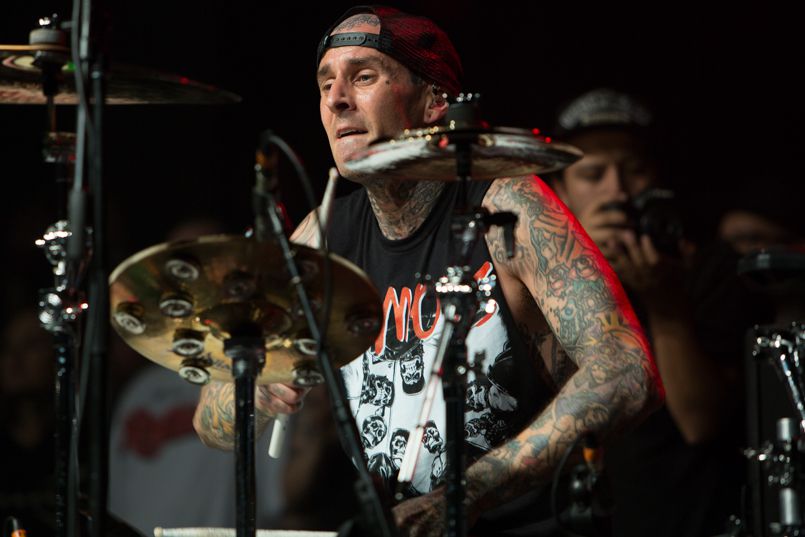 Blood clots have sidelined Blink-182 drummer Travis Barker for most of the year, forcing the band to postpone its Las Vegas residency earlier this summer. Unfortunately, Barker’s health hasn’t improved to the point where he’s able to tour, and now the band has called off its upcoming North American outing, including an appearance at Chicago’s Riot Fest next weekend.

“The past few months have just sucked as I have been sidelined just waiting for my doctors to clear me so I could get back on the road and perform with my band,” Barker said in a statement. “Unfortunately, the risks associated with drumming are still too great. I am doing everything I need to do so I can get back on the road as soon as possible. I want to thank my fans, family, friends and bandmates for all the love and support.”

In June, Barker was diagnosed with blood clots in his arms. He was briefly hospitalized after developing further complications, including a staph infection.