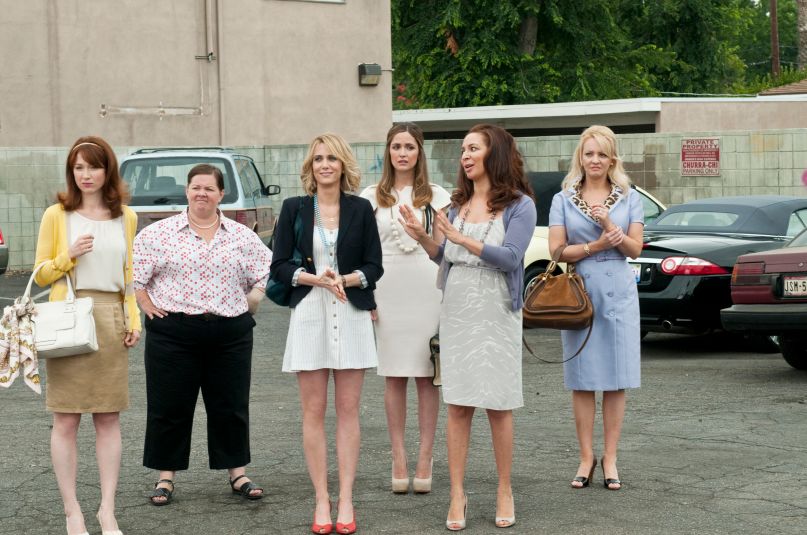 Paul Feig’s Oscar-nominated Bridesmaids was a colossal hit when it dropped in 2011 and, considering Hollywood’s desire to build a cinematic universe around anything capable of making a buck (Hello, Nun!), it’s kind of insane that a sequel hasn’t hit yet. Feig initially expressed interest back in 2013, but said the decision resided on the shoulders of star Kristen Wiig. She’s shot down the idea, however, telling Harper’s Bazaar that same year that, though it “would have made a lot of money” it’s “not my goal in my creative life.”

Now, it appears Feig has accepted that Bridesmaids is a one-and-done affair. In a Variety piece about his current movie, A Simple Favor, Feig didn’t confirm as much, but certainly doesn’t sound all that enthusiastic. “I don’t know if there will be one honestly,” he said. “That movie worked so well because it was about a woman having a crisis in her life and fixing it. So you don’t want her to have another crisis.”

That’s valid, and also something we wish the majority of studios would understand. If you’re going to do a sequel, at least tell a story that isn’t just a slightly askew version of the original.

Besides, Wiig’s next big role will find her squaring off against Gal Gadot’s Wonder Woman. Watching her career evolve is much more interesting than watching it swirl around the same roles.