An '80s-inspired cut lifted from the upcoming thriller Spell 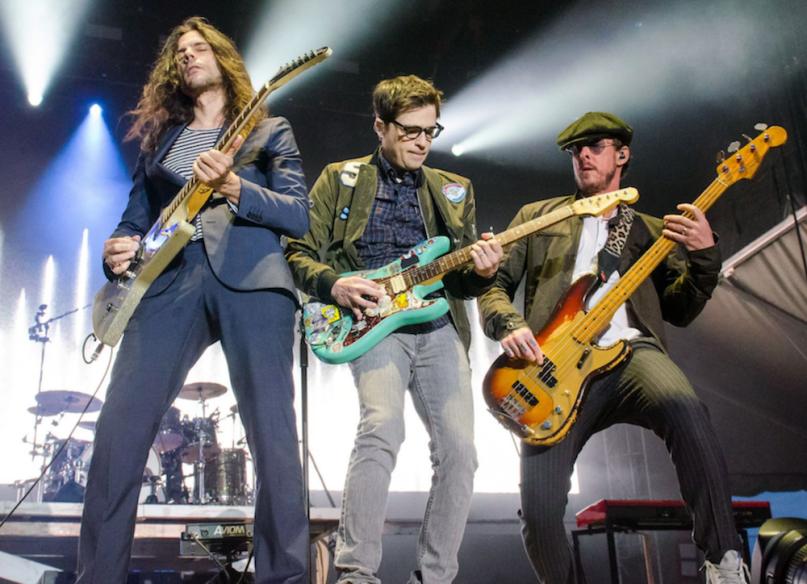 Winter isn’t really much of a thing in SoCal, but hasn’t stopped Weezer from fantasizing about dips in the temperature and flurry-filled afternoons. At least, that’s what Rivers Cuomo and the band do on their new song, “California Snow”.

“Walk soft with a big stick, when I play guitar it’s sick,” Cuomo remarks on the synth-laden, ’80s-inspired cut. “This is the definition of flow, nobody as cold as this.”

The new track was penned specifically for the soundtrack to Spell, a forthcoming thriller featuring a score written by Fall Out Boy frontman Patrick Stump. Set to hit theaters September 23rd, the film boasts a cameo from Cuomo himself.

“California Snow” from the motion picture SPELL is dropping Thurs in North America (rest of world Friday). @RiversCuomo lends his voice as the therapist & he’s ready to help you solve all your thorny problems. Clearly the only prescription to make anyone better is a new song. pic.twitter.com/V8FYAjl8zu

Weezer recently covered Blink-182 hit “All the Small Things”, as well as — as if anyone could forget — Toto’s “Africa”. Their last full-length, Pacific Daydream, dropped October 2017.