Cardi B fights Nicki Minaj, throws shoe at her at Fashion Week party 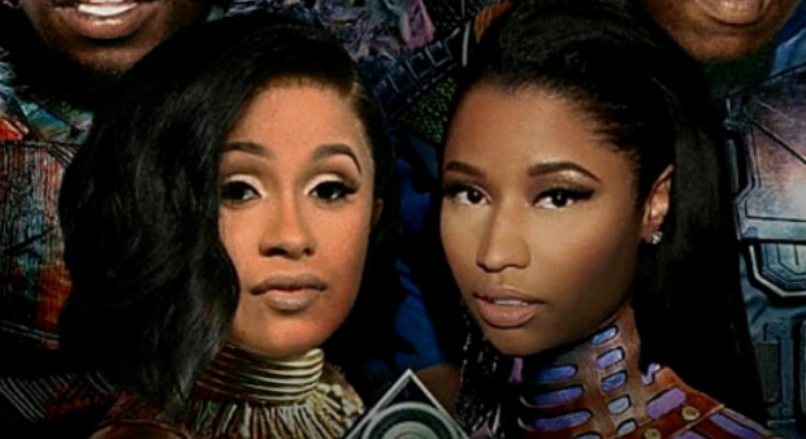 Nicki Minaj and Cardi B were anything but fashionable Friday evening at Harper’s Bazaar ICONS Fashion Week event. The two hip-hop rivals reportedly engaged in an “epic brawl” upon arrival, and the details are, well, quite epic.

According to TMZ, Cardi B “aggressively approached the table,” where Minaj and her crew had been sitting, allegedly shouting, “Let me tell you something.” Although security managed to subdue her, Cardi B still was able to toss her shoe at Minaj, even if she missed her.

Sources told Cosmopolitan that Cardi B left the party with a bump on her face and the back of her dress torn. Cosmopolitan also reports that her wig was pulled off and she was escorted out of the event wearing only a single shoe.

So far, it’s hard to discern what exactly happened, but appears the altercation stemmed from comments made about Cardi B’s baby daughter, Kulture. In one video that’s surfaced online, Cardi B can be heard mentioning her child as she is escorted out of the event.

In a message posted to Instagram following the altercation, Cardi B defend her child among other things:

“But when you mention my child, you choose to like comments about me as a mother, make comments about my abilities to take care of my daughter is when all bets are fuckin off! I’ve worked to hard and come too far to let anybody fuck with my success!!!! Bitches talk all that shit in they raps but in real life they pussy!! This shit really is for entertainment!!”

Sadly, it doesn’t appear we’ll be getting a follow-up to “Motorsport” anytime soon. Oh well.