Plus, watch O'Brien's very first episode in celebration of its 25th anniversary 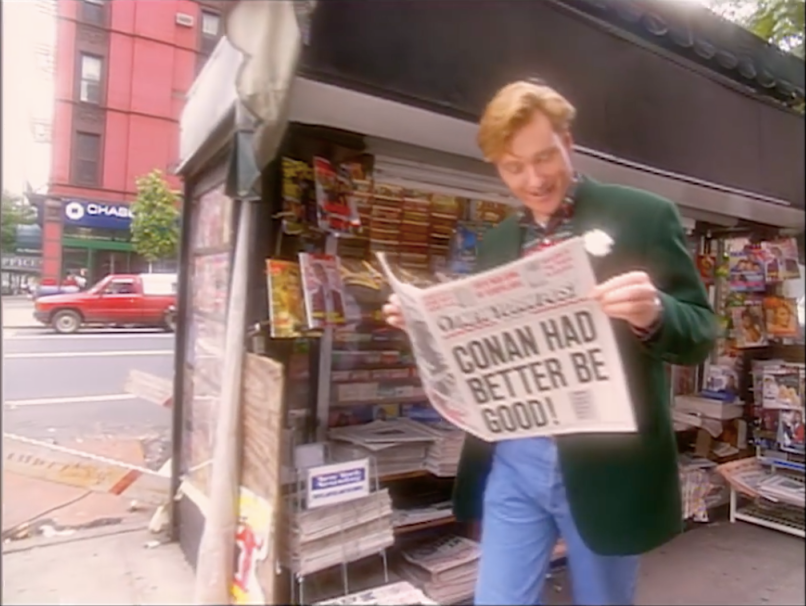 There’s an ephemeral quality to late night television, the sense that it evaporates immediately as it airs. That’s a consequence, of course, of maintaining a nightly output that gives way, over the years, to thousands upon thousands of hours of content. Such is the case for Conan O’Brien, who, across more than 4,000 episodes in 25 years, has produced some of the most memorable and bizarre content to ever emerge from the format. Let us rejoice, then, that it’s all being collected in one place.

In a video posted to his Team Coco YouTube channel, O’Brien reveals that the complete online archive of his late night shows will be available for streaming on a new, “state of the art” website that will arrive this January.

This is quite the achievement considering it will encompass his work both on NBC and TBS, subsidiaries of two separate entertainment conglomerates. As Ars Technia points out, however, there’s also the issue of musical performances and whether or not licensing arrangements will prevent them from being included in the archive. In O’Brien’s very first episode of late night, which the host posted to YouTube this morning, there is no musical act included.

That said, it’s still worth a watch. John Goodman, Drew Barrymore, and Tony Randall are his guests, and O’Brien’s charm is evident from the get-go, with the opening sketch finding him confidently strolling through New York as everyone he passes tells him he better be as funny as David Letterman, his predecessor. It’s wild and, for longtime fans, quite nostalgic to see the old set, the old credits, and an Andy Richter that looks so incredibly young. Give it a watch below.

The announcement comes on the heels of O’Brien’s current TBS show downsizing to a 30-minute format that will feature no musical performances.