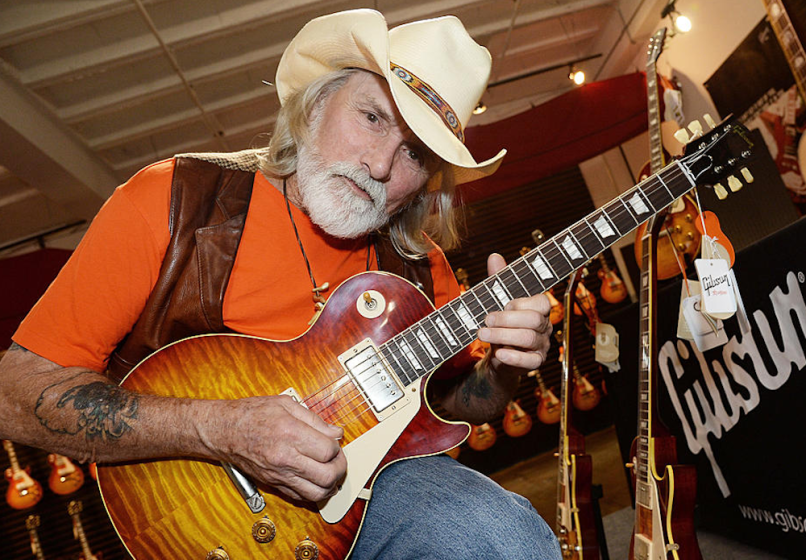 Dickey Betts, a founding member of The Allman Brothers Band, is in critical condition following “freak accident” at his Sarasota home.

According to the Sarasota Herald-Tribune, the 74-year-old Betts “while playing with the family dog, slipped and cracked his head, causing bleeding from the brain.” His manager, David Spero, said Betts is currently listed as being in “stable but critical condition.” He’s set to undergo brain surgery on Friday to relieve swelling.

Update: According to a statement from Betts’ manager to the Herald-Tribune, Betts underwent successful surgery on Friday.

“It was just a few days ago that Dickey was telling me how excited he was to get back in front of the fans,” Spero added. “It is very unfortunate, for all involved, that we need to cancel those shows. Please add Dickey into your thoughts and prayers. I’ll keep everyone updated on his expected progress.”

(Read: The 10 Best Bands With Siblings)

The canceled dates in question were originally supposed to be with his group, The Dickey Betts Band. Known for being the mastermind behind Allman Brothers classics like “Ramblin’ Man” and “Blue Sky”, Betts returned to the stage this summer for the first time in three years following the retirement of the Allman Brothers in 2014. However, he was forced to cancel some of those summer dates after suffering from a stroke in August.

In May 2017, Allman Brothers co-founder Gregg Allman passed away from complications from liver disease.