Since meeting last year, the pair's bond has evolved to become a much Stranger Thing 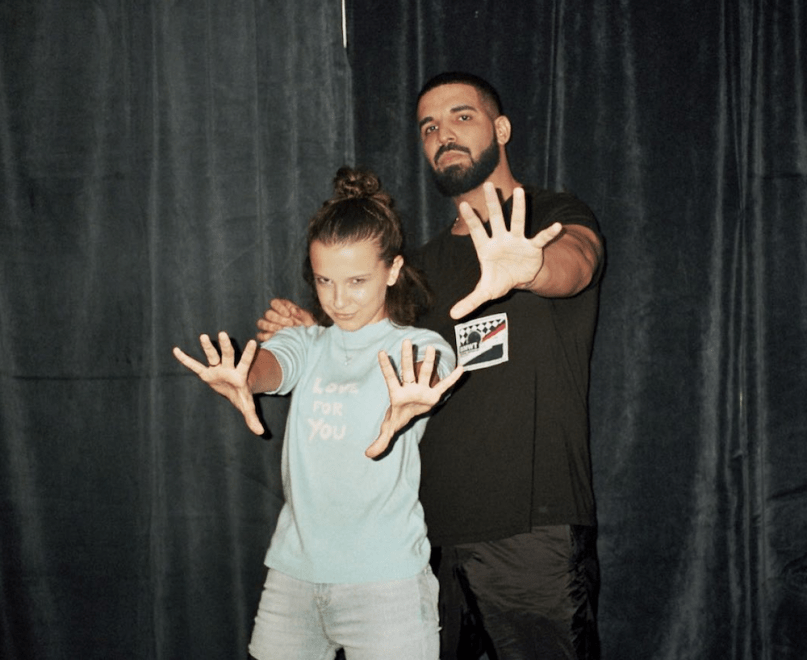 Last November, Drake and Millie Bobby Brown met for the first time while backstage at a concert in Australia. Fans of one another’s work, they exchanged pleasantries, struck a few Stranger Things-inspired poses together (above), and gushed about the hangout on Instagram. From the outside, the encounter seemed harmless, cute, and for those who follow both celebrities, an entertaining colliding of worlds.

Fast forward nearly 12 months later, however, and their friendship has evolved to become, well… a much Stranger Thing. While attending the Emmys last weekend, Brown spoke to Access Hollywood about their bond — they apparently text each other on a regular basis.

On the one hand, it’s somewhat nice that the two have kept in touch, and I imagine Toronto’s chosen son can offer invaluable advice about fame and success as a Young Person In The Industry. Plus, hey, I’ve never had an older sibling and always wondered what it was like to have that kind of wisdom and guidance (Brown says they talk constantly “about boys, he helps me”).

Still, when you take into consideration that the 31-year-old Drizzy may enjoy courting women nearly half his age, the whole thing can feel inappropriate and fairly creepy. As The Daily Dot points out, some on Twitter have compared the situation to an instance of manipulation and childhood grooming — something Brand New frontman Jesse Lacey was accused of last year.

Watch Brown’s Access Hollywood interview below, followed by pics of her and Drake’s 2017 meet-up.