Moore takes on Trump, Flint, Parkland, and so much more in his latest documentary 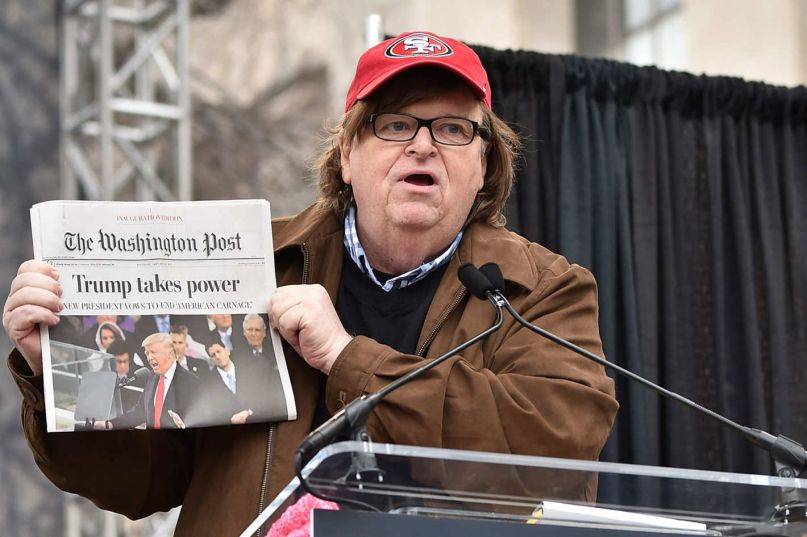 During an interview with the Parkland teens midway through Fahrenheit 11/9, Michael Moore halfheartedly tries to give the baby boomers and Gen X a modicum of credit. If there’s anything my generation did right, he posits, maybe it was raising the next one. With brutal honesty — and maybe a touch of youthful bravado — they shoot this theory down immediately. “Social media raised us,” one retorts.

It’s easy to imagine at least a generation and a half of viewers having a similar reaction to Fahrenheit 11/9. There are almost no facts, viewpoints, and perspectives offered over the course of the film that haven’t already been shared and disseminated over various platforms. There’s definitely nothing about the portrait of modern-day America that Moore offers that will be the least bit surprising or new to anyone who follows more than a handful of people even remotely interested in justice. Social media has, in fact, already taught a lot of us what other media — like high-profile documentary films, for example — can only begin to touch on now.

To his credit, though, Moore never again reaches for any sort of platitudes with Fahrenheit 11/9 — or at least he doesn’t let himself or his audience linger on comforting hints of hope for very long. This might not be a particularly groundbreaking film in terms of content, but the way in which this content is presented is actually quite refreshing. This isn’t a feature that’s been made to allow The Resistance, whatever that is, to navel-gaze and wallow in glib jokes about the incompetence of the Trump administration. Almost all of the more humorous elements that have long been a hallmark of Moore’s films have been stripped away (the few stunts that remain feeling awkwardly out of place) in favor of something more thoughtful, more urgent, and more troubled.

Weaving together Trump’s rise from joke candidate to authoritarian power figure with profiles on the water crisis in Flint, the teachers’ strike in West Virginia, and the student-organized protests that happened in the wake of the Parkland school shooting, Fahrenheit 11/9 pulls very few punches in its thesis: None of this should come as a surprise if you’ve been paying attention. Now what are you going to do about it?

Fahrenheit 11/9‘s exploration of these points is hardly perfect. It’s easily Moore’s least focused narrative in quite some time, although in all fairness, there simply might be too much happening at all times to allow anyone to draw a much clearer argument out of an unceasing nightmare. In keeping with that sort of movement, the end feels rushed in the way that the conclusions of essays finished on last-minute deadlines tend to be. When the film is on, however, it’s smarter, more self-examining, and far less interested in simple jokes and answers than almost any other mainstream (ostensibly) leftist entertainment has been since November 2016.

As an examination of complicity, the film is surprisingly and encouragingly soul-searching. Moore is quite clear and thoughtful about the role the media has played in bolstering Trump, whether through blatant ratings grabs or casual complacency. A segment which juxtaposes footage of high-profile male members of the media criticizing Hilary Clinton’s tone and likability with rap sheets of their offenses as sexual predators — all set to Hole’s “Violet” — is particularly pointed. Moore doesn’t even flinch from examining the role that he himself has played in the long-term enablement and exacerbation of this monster.

It’s also a powerful, if heavy-handed, indictment of complacency at large. Fahrenheit 11/9 is never unduly bleak or alarmist for the sake of being alarmist. The moments where Moore plays Trump soundbites over footage of Hitler are, arguably, over the top, but they’re also bookended with thoughtful discussions from experts as to how the comparisons between pre-war Germany and the current U.S. do and don’t work, and why they do need to be addressed. The film offers heartening looks into what can be possible when citizens work together for positive change as well, from the grassroots candidates pushing for meaningful change in the Democratic party to the collective powers of the West Virginia teachers’ union to high school students across America. But it never allows viewers to take too much solace in a joke, or the delicate seedlings of change that have started to blossom nationwide.

Laughing off atrocities in the making, and resting assured that someone else will pick up the slack, is part of the reason that America is currently in the state it’s in. Just when it seems like Moore is going to wrap things up by arguing for an all-too-popular white liberal platitude — that sometimes it takes something as awful as Trump to force people to take down the whole rotten system — he quickly shifts into something less soothing and far more honest.

Is Fahrenheit 11/9 impressively reflective for a piece of media of its size and profile and influence? Absolutely. Is it enough? Probably not. But in a climate where far too much entertainment passes itself off as “resistance” for making empty gestures and landing easy punchlines, this is at least a step toward a more honest and open look at what America has always been, what it really is now, and what it’s going to take to make it live up to even a fraction of its dream.