Film Review: Life Itself is So Bizarre It Has To Be Seen To Be Believed 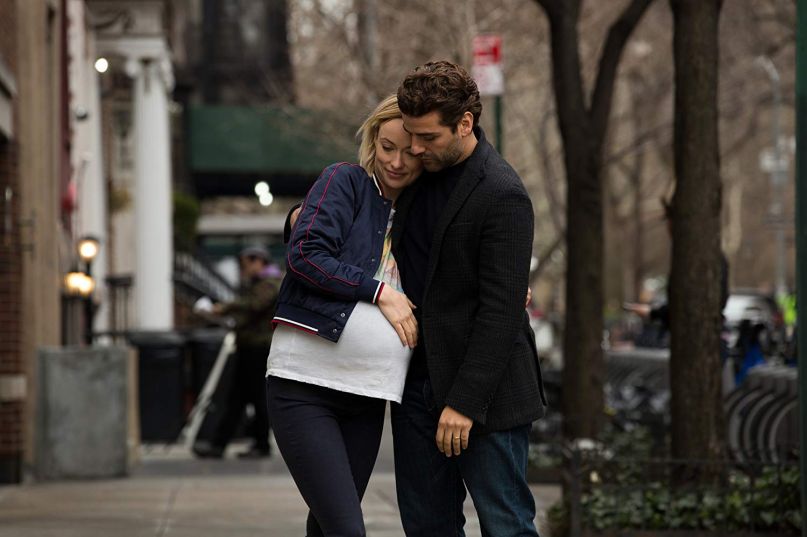 Given that Life Itself is only the second film he’s ever directed, it’s far too early to call writer/director Dan Fogelman an auteur. Yet he does have an auteurist’s interest in exploring the same themes over and over again: Death, most prominently, but also family histories, epic love stories, and narratives that twist and turn in unexpected ways, usually rendered through an unabashedly sentimental lens. It’s an artistic voice he puts to great use on his hit NBC drama This Is Us, which tenderly explores complex intergenerational family relationships. In his truly bizarre new movie Life Itself, however, Fogelman pushes up against the limits of what twist-filled, family-focused sentimentality can do.

Life Itself is broken up into four chapters and an epilogue, but it’s more of a film with two distinct halves. The first follows Oscar Isaac, Olivia Wilde, Annette Bening, Olivia Cooke, Mandy Patinkin, and Jean Smart as a group of interconnected New Yorkers whose lives are marked by tragedy. The second hops across the globe to spin a straightforward Spain-set family drama involving Antonio Banderas, Laia Costa, Sergio Peris-Mencheta, Adrian Marrero, and later Alex Monner. Though the stories eventually intersect, they function more like two tonally distinct films. Unfortunately, rather than being a case of two halves forming a whole, the bifurcated structure just drives home the weaknesses of each section — one of which wholeheartedly embraces This Is Us tropes and the other of which self-consciously runs from them.

There’s a deeply unnerving energy to the first half of the film, as if Fogelman is trying to prove he can do more than just write network TV dramas. Though you wouldn’t know it from its gauzy marketing, Life Itself is an R-rated film with several incredibly jarring moments of bloody violence. When his New York characters aren’t waxing poetic about Bob Dylan (which they do a lot), they’re raving about Quentin Tarantino, whose influence hangs over the first half of the film in obnoxiously showy ways. There’s still some patented This Is Us schmaltz and speechifying in the initial love story of Will (Isaac) and his wife Abby (Wilde), but their relationship is far more defined by the faux edginess Fogelman awkwardly tries to graft onto it. They have a dog named Fuckface, for instance, and they make jokes about farting and dead parents and suicide.

There’s an even darker mystery at the heart of their story. When we first meet Will, he’s a disheveled mess struggling to get by after being institutionalized for six months. His therapist (Bening) is patiently trying to help him get to the bottom of why Abby so abruptly left their seemingly happy marriage, which means they spend a lot of time delving into Abby’s past. And because Fogelman is apparently intent on tackling any topic that might be considered taboo, it turns out Abby’s childhood involved death, abuse, molestation, gun violence, and a literal decapitation. (Don’t worry, there’s more horror to come in the present!) Yet all of this is recounted with detached irony by Will, who regularly pops up within flashback scenes in order to comment on them.

That’s just one of the many meta filmmaking gimmicks that the film’s first half utilizes, others of which include a fake-out opening sequence, an unexpected celebrity cameo, and those aforementioned shocking acts of violence. It’s all designed to challenge your assumptions about narrative structures, storytelling devices, and protagonist arcs, but in practice it just keeps you emotionally removed from the film’s characters (neither Isaac nor Wilde can convincingly bring their thinly written characters to life, although Cooke and Patinkin fare better in smaller roles). It’s also hard to imagine the target audience for a movie this schmaltzy and yet also this aggressively confrontational.

Though the first half of the movie is bad, it’s at least bad in an interesting way. The second half has the opposite problem, in that it’s good in a boring way. It tells the story of wealthy olive orchard owner Mr. Saccione (Banderas), his noble employee Javier (Peris-Mencheta), Javier’s wife Isabel (Costa), and their son Rodrigo (Marrero first, Monner later). The Spain-set stuff — almost all of which unfolds in subtitled Spanish — drops the filmmaking gimmicks of first half to explore an emotionally complex and narratively straightforward love triangle that touches on issues of money, power, gender, family, and duty. The dynamics are intriguing and thoughtfully rendered, and Banderas and Costa turn in the film’s best performances as two proud, empathetic people caught in a difficult situation. Yet because the first half primes you for an entirely different kind of film, and because their story is ultimately allowed just half a movie, it’s almost impossible to settle into the Spanish story and enjoy it for what is it. You keep waiting for the other shoe to drop, and you feel increasingly bored and bewildered the longer it doesn’t.

The film’s two halves are ostensibly linked by the concept of the unreliable narrator, a topic Life Itself keeps returning to over and over again to increasingly frustrating results. (Abby’s college thesis argues that all narrators are inherently unreliable, even — yes — life itself. Mercifully, the film at least acknowledges that as a terrible example of literary criticism.) Ultimately, however, the idea of unreliable narrators is mostly just a red herring to distract from the film’s actual central theme, which doesn’t really snap into focus until the film’s final few minutes. As he did in the pilot of This Is Us, Fogelman offers some last-minute reveals that are meant to re-contextualize everything we’ve seen before. But where the This Is Us twist was the prelude to an ongoing story with plenty of time to explore its larger implications, Life Itself ends just as it’s getting started, with little time to process what it turns out we’ve actually been watching. Fogelman wants to argue that tragedy can ultimately lead to happiness, but that just doesn’t ring true when the tragedy is so viscerally and lengthily depicted, while the happiness is so rushed.

Life Itself is the sort of film that’s meant to be even more powerful in retrospect than it was while you were watching it, but it actually just gets more baffling the longer you sit with it. In fact, all that focus on unreliable narrators may just be a convenient way for Fogelman to wave away the film’s most confusing choices — like the fact that it takes place across multiple decades, yet also seems to be continually set in the present. For those who like a lengthy post-movie discussion, you’ll certainly be left with plenty of plot contrivances, questionable character decisions, and weird age issues to discuss for far longer than the film itself runs (just under two hours, although it feels much, much longer). Though Life Itself is neither good nor “so bad it’s good,” it’s also such a bizarre, inexplicable film that it’s almost worth seeking out just to experience it for yourself. For those who want to watch a worthwhile family melodrama, however, just stick with This Is Us.