Film Review: Peppermint is Bloody, Brutal, and Lacking in Purpose 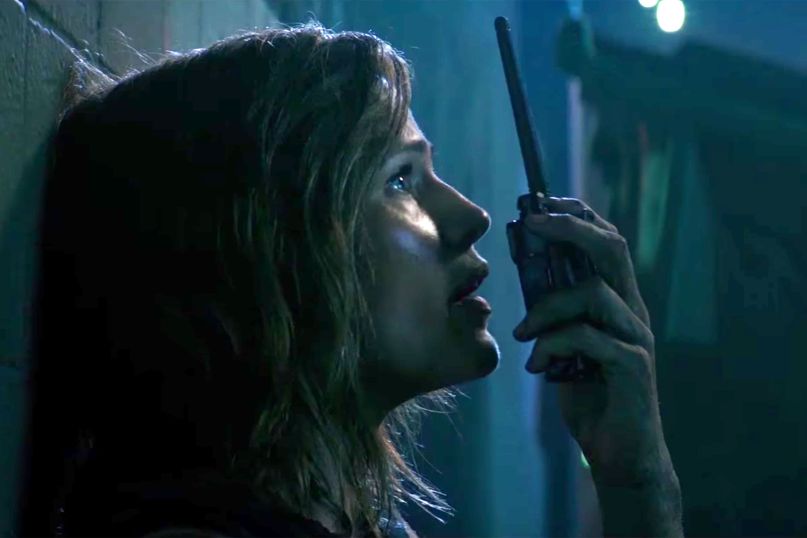 The Pitch: Riley North (Jennifer Garner) was a middle-class suburban woman like so many others, with a hard-working mechanic for a husband and a preternaturally intelligent little girl to look after. But when word gets around Los Angeles that her husband was even thinking about sticking up an ambitious drug kingpin, the direct response comes in the form of gunning down the entire family at a carnival, just before Christmas. Riley survives a gunshot to the head, but the horrors continue when the men responsible are allowed to go free by a corrupt legal system. Five years later, Riley returns to town, with a military armory’s worth of weapons and a vendetta to settle against an entire criminal superstructure.

Riley-ing Up the Masses: When people write about the ways in which Hollywood has long disserviced female audiences, it’s tough to imagine that “Death Wish for every gender expression” is what they had in mind. Yet that’s the central conceit of Peppermint, a hyper-violent revenge thriller directed by Taken helmer Pierre Morel with all the nuance, thought, and elegance of a bad late-’90s alt-rock video. That goes for the incongruously kinetic editing, which gives the film the sheen of a Saw knockoff, and it goes for the film’s sociopolitical sensibilities as well. The film unspools in a Los Angeles straight out of the seediest crimesploitation movies of older eras, a place where Skid Row is the epicenter of the action and amoral violence held sway until a once-decent white woman showed up to fix things for good.

Peppermint is fixated on the idea of Riley as an angel of true justice, in an era where corrupt courts wring their hands and don’t immediately jail anybody who “looks like” a gangbanger, and it gives the film an ugly air of race-baiting that its lovingly rendered deluge of headshots and increasingly elaborate executions do little to dispel. Beyond that, there’s an ugly air of “woman with a gun” theatricality to Peppermint that takes it out of the realm of simply being a hacky exploitation movie and into that of something more reproachable. At the early screening this writer attended, a sequence in which Riley violently menaces a rival mom at gunpoint earned howls of applause, particularly when the woman soiled herself as a bit of comic relief. The film itself wonders aloud, repeatedly, whether Riley is actually a villain at all, or simply a woman brave enough to do what our corrupt legal system won’t. It leaves that last whisper of implication, kill ’em all, to the audience, but that’s all the more disquieting in its own way.

Also, the Movie is Called Peppermint Because Her Daughter Orders That Ice Cream Flavor at the Beginning, It’s Not As Though the Film Goes Out of Its Way to Define It as Especially Meaningful or Anything, What’s Up With That, Seriously?: Just saying.

The Verdict: If Peppermint has one thing going for it, and it’s by and large the only one, it’s Garner. The onetime Alias star has spent the past several years jumping between dramatic subgenres, infrequently returning to the medium in which she first made her name, and the few moments in Peppermint that do work are indebted to her terse charisma as an action performer. There aren’t a lot of action stars who could pull off the mix of genuine menace and wry charm that she does while interrogating a man with a knife in his nostril, but the film also rarely bothers to call on Garner to flex those skills. Instead, she’s saddled with brutalizing her way through one room of Latino extras after the next, violently dispatching anybody she encounters without the film ever bothering to explain how this everyday mom became a killing machine at any point in its runtime.

Peppermint isn’t concerned with most of the details, really; the fight sequences are unimaginative and cut in slapdash fashion, the B-plot involving Detective Carmichael (John Gallagher Jr.) attempting to uncover corruption in the LAPD is entirely forgettable, and the villains are cannon fodder, caricatures of caricatures which rate somewhere between lazily written and actively racist. (Juan Pablo Raba finds a few small charismatic beats in his sneering overlord, but the film spends too little time with him for them to stick.) Before long, Peppermint‘s true purpose emerges: to trade on the phobias of audiences inundated with MS-13 panic and “it’s coming for your town next” crime rhetoric, and to give them the satisfaction of playing out a particularly gory kind of vigilante fantasy for 100 minutes or so. This kind of lizard-brain entertainment shouldn’t be entertaining, but the sustained existence of movies like Peppermint means, as always, that someone somewhere is still eating it up.

Where’s It Playing?: Peppermint is now playing in wide release.